Mashiane has been one of the players at the forefront of Amakhosi’s improved form since the turn of the year and has scored twice and created an assist in 2021.

While Pirates may believe they have a psychological edge over Chiefs after beating them 3-0 and 2-0 in the MTN8 semi-finals earlier this season, Mashiane feels those disappointing defeats could serve as inspiration instead.

Mashiane thanked his team-mates for keeping his spirits up while he was out injured and feels he’s on the way to getting back to top form.

“As I said before, I must not take all the credit. Credit should be given to the guys for pushing me since we all know that I have been out for a year with an injury,” he said.

“So coming back, scoring and creating assists for some of the guys, I think it is something that will help me to be back to my previous peak.

“We all want to win trophies in life with a big team like Chiefs, so I want to win the championship with the club.”

The 23-year-old also revealed which legendary Amakhosi players he will be looking to for inspiration on Saturday at the Orlando Stadium.

“People always emphasised that Chiefs always dominated the derby, and there were people like Thabo Mooki, Jabu Pule (Mahlangu – guys who always made the fans happy. Those are some of the memories I have,” he revealed.

The match at the Orlando Stadium is set for a 15:30 kick-off.

Fri Jan 29 , 2021
The Cranes exited the tournament at the group stage with just one point and the tactician has pointed out what must be done to correct things Vipers SC head coach Fred Kajoba has suggested why Uganda failed to live up to expectations at the African Nations Championship in Cameroon. Uganda […] 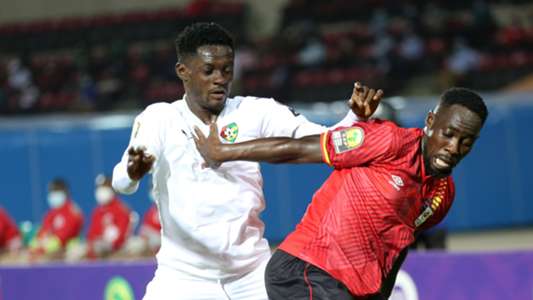