Kaizer Chiefs defender Ramahlwe Mphahlele says they will stick to their style of play and will not tailor their game specifically for Horoya AC, whom they host in Tuesday’s Caf Champions League Group C match.

It will be Amakhosi’s first game in this pool after their initial group opener against Wydad Casablanca was postponed.

But with little experience for this stage of the competition where they are meeting some seasoned campaigners including Horoya, Mphahlele insists they will not be forced to alter their game on Tuesday.

While not changing their style, Mphahlele says they just have to limit committing some errors that have seen them go through a rough patch in their domestic campaign.

“We have to minimise our mistakes, keep clean sheets and score goals if we were to win games. It is something we have been working on. Hopefully it comes out well against Horoya,” Mphahlele told Chiefs’ media.

“I’ve watched Horoya when they played [Mamelodi] Sundowns and in their other Champions League matches and recently when they played the team from Angola, Petro de Luanda. It is a very good team that we are coming up against. They are very physical, technically good, tactically sound also.

“So we have to prepare ourselves so that we don’t have to get caught.

“We will try to put them under pressure as early as the game starts and try to get an early goal so we can unsettle them. We are playing at home and it’s very important that we start well on the front foot. Don’t give them time, press them and make them feel that they are playing away from home.”

Tuesday’s match might turn out to be a completely different experience for Chiefs, who face a side that has established itself as no pushovers in this competition after reaching the quarter-finals in the 2018 and 2018/19 seasons.

Having previously played at this stage of the competition with Mamelodi Sundowns, Mphahlele is aware of the difference in competitiveness between the PSL and continental football especially the physical demands in Africa.

“The difference between the PSL and Caf is that obviously, the South African league is a bit faster as compared to Caf. Whereas Caf is more physical and more tactical. Most teams rely on set pieces and sit back,” said Mphahlele.

“It’s going to be an interesting match, we are playing at home and it’s our first group match. We are looking forward to it. We want to win, there is no secret about that and get three points so that we can start well going on to the next games. That will give us confidence because we want to progress from the group stage.”

Odisha FC's Steven Dias: I want to prove myself as a coach

Tue Feb 23 , 2021
The former India international has accepted the challenge of putting up a valiant show against Mumbai City… Odisha are certain to finish at the bottom of the 2020-21 Indian Super League (ISL) standings ahead of their clash against Mumbai City on Wednesday. The Kalinga Warriors were led by Stuart Baxter over the major […] 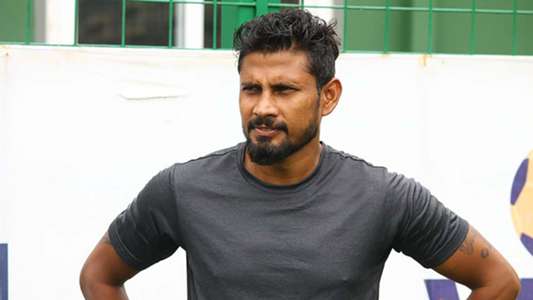