Kaizer Chiefs midfielder Kearyn Baccus says they want vengeance to spur them in their Premier Soccer League hosting of Baroka FC at FNB Stadium on Tuesday.

The wounds of being denied last season’s league title by Baroka appear fresh for Chiefs who endured a spectacular fall after leading the standings for 28 games and came within 31 minutes of clinching the league crown.

But they drew 1-1 against Bakgaka on the last day of the campaign which allowed Mamelodi Sundowns to overtake them right at the death as they needed a win to claim the league title for the first time since 2015.

This is how Baccus remembers the game and the emotions which came from such a dramatic result.

“You know they ended up drawing against us last season in the last game, which was disappointing. So, I think we have got a little bit of, how do I say… disappointment and hurt, which we need to take into this game and use it to help us to drive and battle, and hopefully get a win,” Baccus told Chiefs’ media.

After the Baroka assignment, Chiefs shift focus to a tougher outing where they face Orlando Pirates on Saturday.

The Soweto Derby comes amid a tight fixture schedule that has seen Chiefs playing two games per week and this January alone, Amakhosi have already played six matches including the Caf Champions trip to Primeiro Agosto.

The congested PSL fixtures have seen a constant fluctuation of activity on the log where Chiefs are sitting seventh, 10 points behind leaders Sundowns.

“Definitely I think everyone is looking at the log every week, things are changing day in and day out, because there are a lot of games – Tuesday, Saturday; Tuesday, Saturday,” said Baccus.

“So, you know things are changing quickly but we’re not really concentrating too much on that, we just need to concentrate on ourselves and getting results, and the rest is [elementary], we can’t worry about people outside of us in other clubs.”

Baccus has managed five league appearances this season in a campaign he has been blighted by injuries.

He is, however, clawing his way back to regular football with three appearances in three of Chiefs’ five league games in 2021.

“I’m getting a little bit more confident now, I think the boys are starting to get into gear, which is good,” Baccus said.

“You know, we’re getting a little bit of results under our belt and that’s all we’re looking for at the moment. It’s not about individual performances, it’s just about the team as a collective.”

Chiefs go into Saturday’s match on the backdrop of a four-match unbeaten run.

Henry Ochieng: Championship side Watford confirm signing of Kenya U23 midfielder on loan 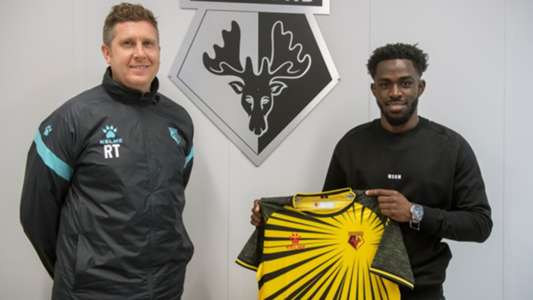