Former Orlando Pirates midfielder Joseph Makhanya believes had Kaizer Chiefs been “more clinical” in their performance, Saturday’s Soweto derby against the Buccaneers would have been “something different.”

Amakhosi were edged 2-1 in the Premier Soccer League confrontation at Orlando Stadium to slide one rung down to eighth on the table, while Pirates went up back to fifth spot.

After Thembinkosi Lorch thrust Pirates ahead two minutes into the match, Chiefs had a golden opportunity to draw level but Samir Nurkovic’s penalty was blocked by Bucs goalkeeper Richard Ofori, before Siyabonga Ngezana blasted the rebound off a yawning goal.

Makhanya feels that Nurkovic’s execution of the penalty was poor, as well as Ngezana’s follow-up, as well as Lebogang Manyama’s earlier chance, summing up what he feels was Amakhosi’s inferior technique.

“I think it boils down to equality in terms of technique. Chiefs were let down by technique. I don’t know maybe if slippery conditions were also a factor,” Makhanya told iDiski TV.

“If you look at Manyama he could have made a turnaround in that chance. Look at the penalty, the way it was taken. You could see the side he had chosen and automatically the goalkeeper was already there. And then that follow-up, poor technique.

“I don’t know if we should blame the defender but again it boils down to Chiefs’ players’ poor technique. I feel if they were more clinical it could have been maybe something different. Maybe we could be talking about a 3-2 or 4-3 scoreline.”

Interestingly, Chiefs had 13 shots at goal and just two were on target, as compared to Pirates’ three shots at goal, all on target and two resulted in goals.

“Yes I feel that Pirates took their chances. If you look at the first half they had only two shots at goal and one resulted in a goal,” continued Makhanya.

“Those statistics don’t balance well but there were not much scoring opportunities that were created by both teams. Why? Because the midfield was too congested to create anything up until when Chiefs started making substitutes in the second half whereby there was now space for Pirates to play.

“They [Chiefs] now had to resort to that situation whereby they need to come back, they need a goal to come back. That resulted in Pirates scoring the second goal because if you look at it, it was a good interchange between their players.”

After grabbing derby bragging rights again, Pirates now prepare to visit Golden Arrows for Tuesday’s league clash while Chiefs are back in action next Sunday with a Nedbank Cup Round of 32 match against Richards Bay at home.

Sun Jan 31 , 2021
The full-back has admitted that the Red Devils were “too slow” in their build-up play at Emirates Stadium Luke Shaw has bemoaned Manchester United’s “sloppy” display against Arsenal, insisting “to be in the title race we have to be winning these games”. United had been billed as genuine title contenders […] 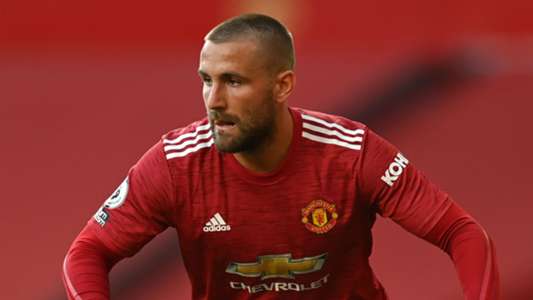