Kaizer Chief will be out to avoid recording a four-match losing run when they host SuperSport United in a Premier Soccer League match at FNB Stadium.

After succumbing to Orlando Pirates, Richards Bay and AmaZulu in their last three matches across all competitions, Chiefs are keen to prevent further embarrassment.

From those three defeats, Amakhosi have gone five matches without tasting victory and now come up against a team that is second on the standings.

It is a SuperSport United side which beat Chiefs 2-1 in the reverse fixture at Lucas Moripe Stadium on December 15.

Following Chief’s slump in form, they are currently placed ninth on the PSL table.

The Chiefs match comes a few days after coach Gavin Hunt announced he has stripped goalkeeper Itumeleng Khune of the captain’s armband.

The Bafana Bafana gloveman made another blunder in their last match against AmaZulu.

It was another error by Khune who had been handed a start for the first time in two months.

Chiefs will still be missing left-back Siphosakhe Ntiya-Ntiya due to suspension.

Darrel Matsheke will also not take part in this match after being handed a red card against AmaZulu.

SuperSport have not released a list of injured players for this match as coach Kaitano Tembo would need his key players to be available for a match of this magnitude.

But the likes of Lucky Mohomi, Bongani Khumalo and Sipho Mbule were spotted participating in full training on Friday.

The last match between these two sides saw SuperSport emerging victorious with a 2-1 victory.

That was in December 2020 as Bradley Grobler and Mbule scored for SuperSport, while Lebogang Manyama pulled one back for Amakhosi.

It is now a fresh challenge for the Gauteng giants as SuperSport seek to close the five-point gap between them and leaders Mamelodi Sundowns.

Matsatsantsa go into this match on the backdrop of mixed results in their previous outings.

They have one defeat, two wins and as many draws in their last five games but the 2-1 win over Cape Town City last Saturday could be spurring them.

'Why always us?' - Yanga SC cry foul against 'unjust' decisions

Sat Feb 20 , 2021
The league leaders are unhappy with officials who they feel are intentionally making erroneous decisions Yanga SC management has hit out at what they term as unfair treatment which is affecting their results in the Tanzania Mainland League. The last two matches involving Wananchi against Mbeya City and Kagera Sugar respectively […] 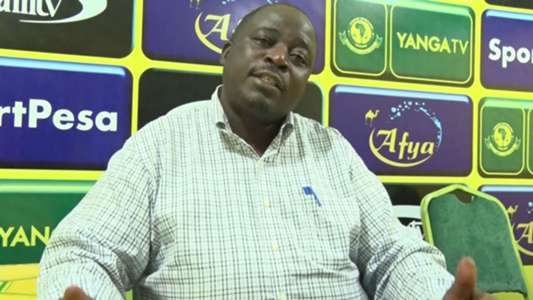