Riding high on an important victory over Masandawana last weekend, Amakhosi are looking to build on that as they host the Eastern Cape strugglers

Kaizer Chiefs are keen to consolidate a place in the top-eight when they welcome relegation-haunted Chippa United at FNB Stadium for Wednesday’s Premier Soccer League encounter.

Fresh from a come-from-behind win over Mamelodi Sundowns last Sunday, Chiefs are high in confidence and would want to capitalise on that motivating outing and improve their domestic fortunes.

After weeks of struggling to enter the top-eight, Chiefs finally got it right after beating the Brazilians.

They will, however, remain in eighth spot even if they beat Chippa on Wednesday as their nearest rivals at the top, Cape Town City have eight points more than them.

But having carved a reputation of being inconsistent this season, it will not be a surprise if the Soweto giants lose, a result which would drag them out of the top half in the event that ninth-placed Baroka FC at least draw against TS Galaxy later in the evening.

Again, if TS Galaxy beat Baroka, the Mpumalanga side would overtake Amakhosi and a win by Bloemfontein Celtic over Tshakhuma Tsha Madzivhandila would spell doom for Chiefs if they lose.

Amakhosi’s opponents Chippa are limping, placed second from the bottom with just three points better than basement side Black Leopards.

Just as Khama Billiat had settled after a broken leg which sidelined him between January and early April, the Zimbabwean is out injured again.

The 30-year-old was at the end of an Andile Jali tackle last Sunday which saw him last just 45 minutes of the clash against Sundowns and left Loftus Versfeld walking with the aid of crutches.

His absence would be a big blow for coach Gavin Hunt as Amakhosi have entered a crucial stage of their PSL campaign plus the impending Caf Champions League quarter-finals.

Chippa United welcome back defender Athini Jodwana who was suspended for their last match, a 0-0 home draw against Golden Arrows.

The Chilli Boys have no suspended player going into the Chiefs game in what is some good news for interim coach Siyabulela Gwambi.

No player is also confirmed as injured in the Chippa camp.

With Chiefs having seven remaining league games while Chippa are left with six, the PSL campaign has reached a critical phase.

Chippa are fighting for survival and that makes them potentially dangerous to Amakhosi who want to brighten their top-eight chances.

While Chiefs go into Wednesday’s match smart from a crucial win over Sundowns which added to the record of two victories, as many draws and a defeat in their last five outings, a different story can be said about their Eastern Cape opponents.

The Chilli Boys have been going through a difficult patch which has seen them go on an 11-match winless streak in the PSL, a run that condemned them to flirting with relegation.

Since beating Black Leopards on January 23 away in Thohoyandou, Chippa have not tasted victory.

The reverse fixture between Chiefs and Chippa United saw Amakhosi winning 1-0 courtesy of a Gregory Damons own goal last October in what was Hunt’s first league win of the season.

While Hunt has always lamented about Chiefs’ defence, they now face leaky opposition who have conceded 34 goals in this campaign which is the second-highest number of goals shipped in after Leopards’ 38.

Wed Apr 28 , 2021
The Harambee Stars forward scored his eighth goal in the competition but it was not enough to deny Shorta their first win Kenya international Michael Olunga was on target yet again but his goal could not help Al Duhail SC as they suffered their first defeat against Al Shorta in […] 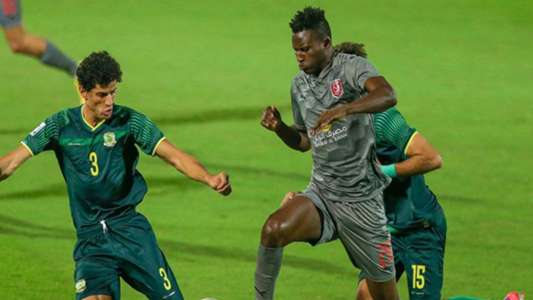