The former Bafana Bafana striker was speaking ahead of Amakhosi’s league clash with TTM at the Peter Mokaba Stadium on Tuesday evening, 5pm kick off

Kaizer Chiefs utility player Bernard Parker has called for increased mental focus in order to try and eradicate their mistakes.

Individual errors have cost Chiefs a lot this season and this was again the case last weekend in the 2-2 draw with Bloemfontein Celtic.

For one, Siyabonga Ngezana was guilty of giving away a needless penalty for a reckless challenge on Tebogo Pontsane, which was converted by Victor Letsoalo.

That, however, was just the latest in a number of avoidable, costly mistakes, and Parker has rallied the Chiefs troops to be more mindful of their actions on the field.

“Our effort on the field of play is good. Here and there, we do make mistakes, hence the mental preparation has to be more important than our physical preparation because of we often give easy opportunities to our opponents.”

Parker, who often plays in a deeper midfield role for Chiefs these days, also feels that Amakhosi can take some positives from the Celtic draw.

And while TTM are second from bottom on the table, and Chiefs beat them 3-0 in the first round, he accepts it could be a very challenging game.

“We’ve taken a lot of positives out of the Celtic game. It is good that we do focus on the positives and let those aspects carry us into the next match,”  Parker added.

“Going forward, we are well-aware of how our opponents play and are also well prepared.

“We are aware of what is happening at this stage of the season where teams are fighting for certain positions. We are also fighting to finish in a respectable position.

“It will be a fight for us and a hard game. We are up for the challenge, showing spirit and unity. It is just up to us now to be up for the fight.

Tuesday’s match against TTM kicks off at 17:00 at  Peter Mokaba Stadium.

Tue May 4 , 2021
The Harambee Stars defender reveals their main focus is on the league match and not the Caf battle against the Amakhosi Simba SC defender Joash Onyango has stated they are currently not thinking about their Caf Champions League match against Kaizer Chiefs but are focused on their Mainland Premier League […] 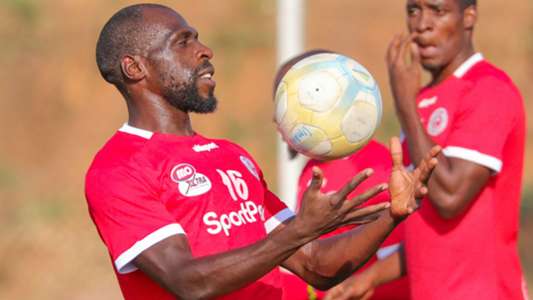