Kaizer Chiefs did not move from seventh spot on the Premier Soccer League standings but escaped another disappointment at the hands of Baroka FC following a 1-1 draw at FNB Stadium on Tuesday.

A Thamsanqa Masiya goal early second half stunned Chiefs who then had to thank the visitors’ defender Goodman Mosele for beating his own goalkeeper Oscarine Masuluke with 15 minutes to go to earn Amakhosi a point.

The point earned did not move Amakhosi from position seven on the log with 19 points ahead of Saturday’s Soweto derby against Orlando Pirates, while Bakgaka are back in the top-eight.

Playing Baroka for the first time since that September 2021 afternoon when they were denied the PSL title by the Limpopo side on the final day of last season, Chiefs were almost frustrated again but managed to scrap a point.

They started the match with Lebogang Manyama wasting a freekick from he edge of the box after Siyabonga Ngezana had been fouled on edge of the box by Manuel Kambala three minutes into the contest.

The hosts were struggling to cope up with Baroka’s attacking speed but it took 14 minutes for Bakgaka’s first real chance at goal.

Amakhosi goalkeeper Daniel Akpeyi spilled Nhlanhla Mgaga’s long range shot but there was no Baroka player nearby to pounce as the Nigerian struggled to save the straying ball.

It was then Akpeyi’s opposite number Masuluke time to save his side when he stretched his leg to block a bottom corner-bound shot from Reeve Frosler out for a corner kick in the 23rd minute.

Action then swung back to the other end as Ananias Gebhardt beat an advancing Akpeyi but his headed effort off a corner kick went just over the bar.

Promises for goals from both sides continued and Masuluke was quick to intercept a Frosler cross as Nkosingiphile Ngcobo lurked to pounce 10 minutes before halftime but the teams went for the break goalless.

The deadlock was then broken eight minutes into the second half when Masiya sneaked the ball past Akpeyi off a flick from Evidence Makgopa.

Chiefs coach Gavin Hunt responded by introducing Leonardo Castro for Eric Mathoho and Ngezana was switched from right-back to central defence while Frosler moved to the wing-back position.

With 20 minutes to go, that coming on of Castro almost paid off when he came at the end of a Manyama cross but Gebhardt’s challenge did not allow the Colombian to freely head in, resulting in narrowly missing target.

Castro was proving to be troublesome to Baroka defenders and two minutes later, he arrived a little bit late to chest in a Ngcobo cross from the left side.

Chiefs’ pressure finally came to fruition with 14 minutes remaining when Mosele attempted to clear a Frosler low cross but instead turned the ball into his own net past Masuluke.

The goal appeared to energise Amakhosi who turned on the fire with attck after attack although Masuluke stood steely in goal as his teammates seemed tired after some hard-running for the better part of the contest.

Samir Nurkovic and Castro took turns to fire at Masuluke, while Anthony Akumu had a goal-bound powerful shot deflected and closely missed target as Chiefs kept on probing but could not get the winning goal.

Richard Keys and Andy Gray: What did they say on air to get sacked by Sky Sports? Controversy explained

Tue Jan 26 , 2021
The disgraced duo left the broadcaster in infamous circumstances following comments they made in 2011, but what was said? In January 2011, long-time Sky Sports commentators Richard Keys and Andy Gray were forced to leave the broadcasting company after the leak of several tapes in which the duo were found to make derogatory, […] 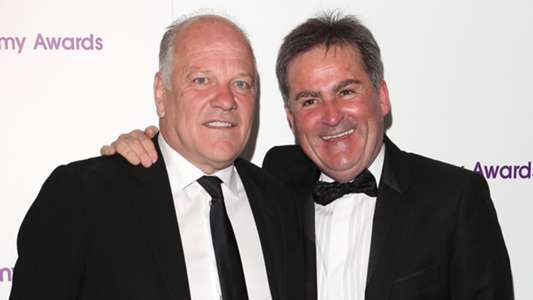