The Serbian, who has one goal and two assists in six league appearances, did not score in his three outings against the Buccaneers last season

Having missed the two MTN8 semi-final Soweto Derby encounters against Orlando Pirates earlier this season, Kaizer Chiefs striker Samir Nurkovic will be determined to make an impact in Saturday’s showdown at the Orlando Stadium.

Chiefs lost 5-0 to Bucs on aggregate in the two MTN8 semi-final games and now get their shot at revenge in Saturday afternoon’s league clash (15:30 kick-off).

Amakhosi have certainly improved since then, both in terms of results and in getting some players back from injury, including Nurkovic, who has been very influential for Gavin Hunt’s side.

The Serbian has also been captaining the team recently in the absence of the injured Ramahlwe Mphahlele and is expected to lead them again on Saturday.

“Playing in big derbies like the Soweto Derby is every player’s dream. I have had the privilege to play three derbies last season and I am happy to be part of this derby again,” Nurkovic told his club’s website.

He said that the Soweto derby was one of the reasons he came to South Africa, and while admitting disappointment that there will not be any fans due to Covid-19 restrictions, the powerful target man has urged the Amakhosi faithful to support from afar.

“My experience in the derby has been unbelievable thus far,” the 28-year-old said in reference to the three derby matches he played in last season.

“Playing in front of 90,000 spectators is a dream come true for every player. It has exceeded all my expectations.

“It is unfortunate that this derby will have no supporters at the same stadium, but I am sure they will be supporting us from home, playing without supporters is very different,

“They are always the 12th man and give us extra motivation. We really miss them at the stadium.

“As much as we prefer to have our beloved fans at the stadium, they have to prioritise their and their families’ health by adhering to the government regulations.

“We urge them to stay at home and continue to support us from there. Thank you to all of them for doing so and hopefully we will have them in the stands soon.”

Fri Jan 29 , 2021
The Garbage Collectors chairman Martin Ssekajja insisted all operations will continue as usual despite the ongoing work Ugandan Premier League side KCCA FC have started the construction work at the Omondi Stadium six years after plans to revamp it were made public. The Sarjan Construction Company have been handed the […] 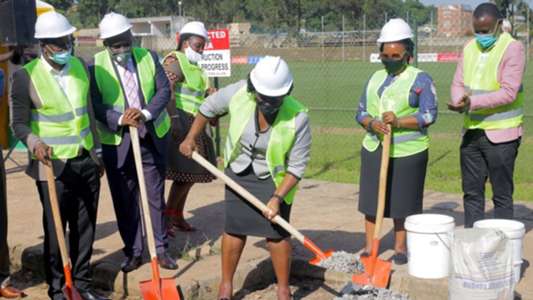