Former Kaizer Chiefs midfielder Calvin Sosibo is of the opinion Gavin Hunt made a blunder by starting an “inexperienced” Nkosingiphile Ngcobo in last Saturday’s Soweto derby against Orlando Pirates.

In recent games, Ngcobo has had some impressive displays for Chiefs but contributed little as Chiefs went on to lose 2-1 in this Premier Soccer League showdown at Orlando Stadium.

After Ngcobo featured in home and away MTN8 semi-finals clashes against Pirates earlier this season and starting one of them, Sosibo still believes the 21-year-old is not yet ripe for matches of such magnitude.

“I think on this one Gavin Hunt got it wrong. Ngcobo was always going to be overpowered by the experience of [Ben] Motshwari, [Fortune] Makaringe and [Thabang] Monare,” Sosibo told Soweto TV’s Monday Night Football as per Front Runner.

“Moving him to the side to an unnatural position, even though he is a left-footer, he lacks speed and physical presence. So for me I wouldn’t have played him in that game. I know he has been doing well but this is a game in which maybe I would have gone with more experience because the game required that.”

This is Ngcobo’s third season playing top-flight football, but Sosibo still feels that fielding the player shows that Chiefs coach Hunt went into the Soweto derby unprepared without adequately studying their traditional foes.

Ngcobo lasted 45 minutes of the encounter and was replaced by Happy Mashiane, who went on to win a penalty for Chiefs although Samir Nurkovic missed the kick.

It is Mashiane whom Sosibo believes could have had more impact had he started ahead of Ngcobo.

“It goes back again to a point where we ask, ‘do our coaches make use of the technology that we have?’ No they don’t,” said Sosibo.

“Now you are playing against seasoned campaigners, people who have been there, people that have done it. You are putting a youngster in the middle of the park to be against those players but you are moving out to the side.

“The change that he [Hunt] made with Mashiane, it was actually the first move he should have gone for because this is where they profited that penalty.

“You could see that Mashiane was more engaging and more confrontational in his one-on-one and that’s how they were rewarded with the penalty. So I would have gone with that decision rather than starting Ngcobo.”

With Chiefs’ next assignment being a Nedbank Cup Round of 32 match against GladAfrica Championship side Uthongathi at the weekend, Hunt is likely to retain faith in Ngcobo.

Tue Feb 2 , 2021
The 43-year-old was furious at the club’s signing of Olivier Ntcham from Celtic, saying he did not approve the transfer Marseille have announced that Andre Villas-Boas has been suspended following comments critical of the club’s transfer policy, with the Portuguese expected to be sacked following a disciplinary proceeding. Villas-Boas sensationally […] 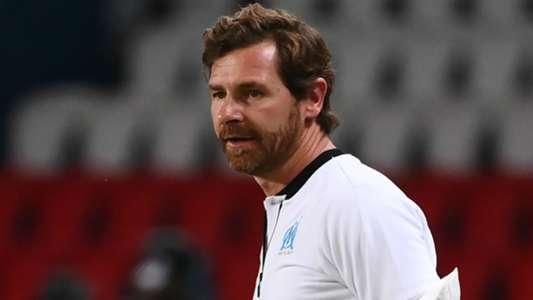