Former Kaizer Chiefs defender Neil Tovey was pleased to see Amakhosi show they “can still do it and perform on the big stage” following last weekend’s 2-1 Premier Soccer League win over Mamelodi Sundowns, a victory he believes will motivate them in the Caf Champions League knockout rounds.

While Tovey also says reaching the Champions League last eight could prove to be a mammoth task for the Soweto giants, he is of the opinion the triumph over Sundowns at Loftus Versfeld was of huge significance.

Amakhosi now wait to know their quarter-final opponents in the continent’s premier club competition, and there is a possibility that they could be paired against Masandawana from the draw to be conducted on Friday.

“It’s going to be a tall order, but when it gets to the knockout stages you start doing things in your mind that translates to the pitch,” Tovey told Chiefs’ website.

“Beating Mamelodi Sundowns this weekend was a big morale-boosting win for the club ahead of the Caf Champions League draw this week. It shows the club can still do it and perform on the big stage.”

Chiefs reached the Champions League quarter-finals in their first-ever season participating in the tournament’s group stage.

While struggling on the domestic front, they were given little chance to advance to the knockout phase of the more demanding continental competition.

Tovey urges Amakhosi to maintain “top” concentration levels as they brace for bigger challenges in Africa.

“So, my message to the club and to the players is ‘go out and enjoy the occasion and the experience’,” continued Tovey.

“Their concentration levels need to be top, top, top, but they need to go out there and do what they know they’re good at and anything is possible.”

They go into that match smarting from the win over Sundowns and face a side trying to avoid relegation.

Chippa are second-from-bottom, just three points better off than basement side Black Leopards.

The fact that Amakhosi face a relegation-haunted side is also a threat to their top-eight ambitions.

Does Erling Haaland have a transfer release clause & which clubs could Dortmund star join?

Tue Apr 27 , 2021
The likes of Real Madrid, Barcelona and Manchester City are all understood to be interested in signing the prolific Norway superstar this summer Erling Haaland has been a goal-scoring machine at Borussia Dortmund, netting 25 goals in 26 Bundesliga appearances this season at just 20 years of age. The Norway international […] 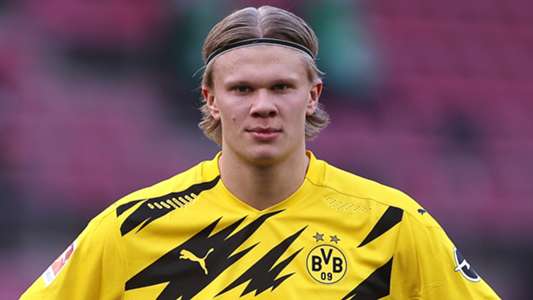