In his absence, the likes of Siyabonga Ngezana, Kgotso Moleko and Ramahlwe Mphahlele have all deputised at full-back

Kaizer Chiefs defender Reeve Frosler says it has been difficult watching his team from afar during his two-month injury absence.

Frosler suffered a knee injury in a 2-0 defeat to Orlando Pirates in an MTN8 second leg semi-final encounter on November 20.

He returned to action for the first time after coming off the bench for the final five minutes of Amakhosi’s league clash against Stellenbosch FC last weekend, which ended 0-0.

He’s pleased to be back and is determined to work hard to regain full match fitness.

“I’ve recovered very well, the doctors and physios are happy. I feel great, I just need to build the confidence up again, and that will happen with game time. I want to get stronger and stronger and try and get in some minutes to get fit again,” Frosler was quoted saying by the Chiefs website.

The former Bidvest Wits man had made the right-back slot his own last season with 26 appearances in all competitions.

In total the Bafana Bafana regular Frosler missed 14 matches for Chiefs while injured and he acknowledged that it was a difficult time for him.

“As we started working together, we started receiving better results.”

After struggling for results in the first three months of the season, the Glamour Boys appear to have turned the corner and have claimed three wins and a draw from their last four matches.

Their next challenge comes against Baroka FC at the FNB Stadium on Tuesday evening.

“Baroka are a good team,” Frosler stated. “They know how to make life difficult for you. They are a team who are not shy to play.

“They lost their last game (0-2 against AmaZulu), so they obviously out to get a victory which will obviously be very difficult for us. We just have to stick by each other and go forward.”

Chiefs are in seventh spot on the table, 10 points behind the top three sides – Mamelodi Sundowns, SuperSport United and Swallows FC.

Tue Jan 26 , 2021
The Jangwani giants have picked their ex-player to assist Cedric Kaze as they strive to win the Mainland league title Tanzania giants Yanga SC have settled on former player Nizar Khalfan as their new assistant coach. The assistant role at the Jangwani giants fell vacant six days ago after Juma […] 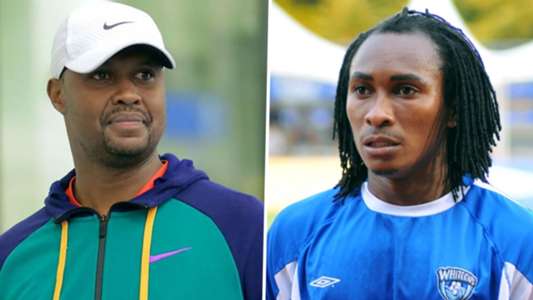