Kaizer Chiefs coach Gavin Hunt was especially pleased with the performance of former South Africa striker Bernard Parker in the 1-1 draw with SuperSport United on Saturday afternoon at the FNB Stadium.

In the last two-and-a-half seasons Parker has scored just three and totalled six assists. Against Matsatsantsa however he was played in a deeper midfield role, and the 34-year-old impressed by finding pockets of space and getting Chiefs on the front foot.

“Bernard Parker was man of the match,” Hunt told Chiefs media after the match.

“We played him in central midfield because we don’t really have anyone. We played him there and he was fantastic, he was really good,” Hunt added.

Chiefs were the better side in the first half and scored first through a beautiful strike by Reeve Frosler in the 29th minute.

Matsatsantsa grew stronger after the interval and equalised through a Bradley Grobler penalty on 67 minutes, following a reckless foul by Anthony Akumu Agay on Thamsanqa Gabuza. It was Grobler’s fourth goal in his last four matches against the Soweto giants.

Amakhosi’s task was made harder after injuries had forced Willard Katsande and Frosler to be subbed three minutes before the goal.

Defender Erick Mathoho also never made it onto the park after failing a late fitness test and Chiefs have indeed had a lengthy injury list this season.

The draw leaves Chiefs in ninth spot on the table with 19 points from 17 games – four wins, seven draws and six defeats.

And while Hunt did credit his men for having a “good mentallity” on Saturday, he did cast doubt to the quality of his squad after posing the question himself, “Are we good enough or not? That’s another problem.”

Henderson goes off injured for Liverpool in Merseyside derby

Sat Feb 20 , 2021
The England international appeared to suffer a muscle injury in the first half at Anfield as the Reds’ problems worsened Jordan Henderson has added to Liverpool’s fitness concerns by going off injured against Everton, with what manager Jurgen Klopp revealed was a groin problem that did not look good. The […] 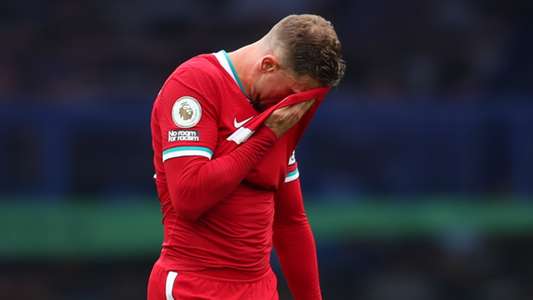