The Glamour Boys were in command after scoring first through Reeve Frosler, but a mistake by Anthony Akumu Agay allowed Matsatsantsa back in

Not for the first time this season an individual error proved costly for Kaizer Chiefs as they were forced to settle for a 1-1 draw against SuperSport United at the FNB Stadium on Saturday afternoon.

Amakhosi had the better of the first half and were ahead at the break thanks to superb curling effort from Reeve Frosler just before the half hour mark.

SuperSport came back stronger after the break although they didn’t create many clear-cut opportunities to test Chiefs keeper Itumeleng Khune.

And when Matsatsantsa did equalise, it was from a Bradley Grobler penalty after Keenyan defender Anthony Akumu Agay had recklessly pulled at Thamsanqa Gabuza in the Amakhosi box.

“I thought we were good, we should have won the game you know,” a frustrated Glamour Boys head coach Gain Hunt told Chiefs media after the match.

“But then we go an make an unbelievable stupid error, pulling the guy in the box and we give a penalty away.

It’s a combination of lacking the cutting edge up front together with costly mistakes at the back that’s making Hunt’s life difficult – Saturday’s stalemate means the Soweto giants have won only four of their 17 league matches this term.

With seven draws and six defeats, they have just 19 points.

“They are top of the league [SuperSport are second]. First half was very good, I mean some of the chances and the movement was very good. It’s all good and well playing well, but earning [maximum] points, and obviously we didn’t get them,” added Hunt, who was up against the team he won the league title with on three occasions earlier in his managerial career.

Next up for Hunt and his side is a Caf Champions League Group C encounter against Guinea champions Horoya, at the FNB Stadium on Tuesday.

Sat Feb 20 , 2021
The Nigerian was snapped up in the summer of 2015 but work-permit issues have prevented him from figuring for the Reds and forced loan spells Taiwo Awoniyi has become a forgotten man at Liverpool, having gone almost six years without an appearance for the club, but he is still holding […] 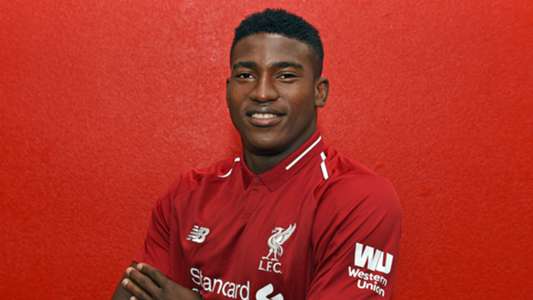