Kaizer Chiefs coach Gavin Hunt is concerned about his side making “errors” as well as the injuries in his camp as he also reveals that they will not be without defender Kgotso Moleko when they host SuperSport United in Saturday’s Premier Soccer League clash.

A goalkeeping mistake by Itumeleng Khune headlined Chiefs’ 2-1 defeat by AmaZulu on Wednesday preceded by a poor showing in defence in recent matches.

The Soweto giants now welcome SuperSport without right-back Moleko as well as midfielder Happy Mashiane who had picked up good form.

“We are going to have to juggle and mix and match because of suspensions, and nobody is really back from injury. Kgotso Moleko is also missing as he has a family bereavement,” Hunt told the Chiefs website.

“We have been facing challenges defensively. But we are doing a lot of work on the training ground and a lot of analysis. It’s just been individual errors and a number of injuries, but we need to start doing better.”

Chiefs face a SuperSport United side which upset them 2-1 in the reverse fixture in December.

SuperSport have established themselves as PSL title contenders placed second behind leaders Mamelodi Sundowns who enjoy a five-point gap at the top.

“Our next game is against SuperSport and if anybody watched our first-round game, I believe we should have won that game comfortably,” said Hunt.

“We made errors and gave a goal away just before half time [against AmaZulu]. But all that is water under the bridge as we have another tough game this afternoon against a club I know very well, with a mixture of youth and experience.”

Chiefs are in position nine on the PSL table and victory will carry them to eighth spot on the standings.

They have, however, gone four straight league games without winning and their last three matches in all competitions have ended in defeats.

SuperSport on the other hand, go into this match fresh from a 2-1 win over Cape Town City.

Sat Feb 20 , 2021
Timu ya Wananchi are unhappy with recent officiating which they allege has denied them wins Yanga SC interim chairman Frederick Mwakalebela believes their fans are provoked by alleged ‘poor officiating’ which causes them trouble. The administrator has raised his concerns regarding the officials in the Tanzania Mainland League which he […] 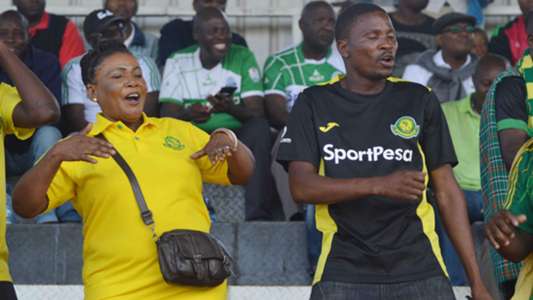