Kaizer Chiefs defender-cum-midfielder Daniel Cardoso says he is enjoying his new role as a defensive linkman and looks to thrive more in that position.

Cardoso has managed to establish himself as the first choice defensive linkman in recent games ahead of Willard Katsande, Njabulo Bloem and Kearyn Baccus after he was shifted from central defence by coach Gavin Hunt.

The switch has coincided with Chiefs improving in their performances including qualifying for the Caf Champions League group phase as well as managing a Premier Soccer League five-game unbeaten run until rivals Orlando Pirates edged them 2-1 last weekend.

“It’s been a good run for me out in the midfield. It’s not very different from a centre-back, I am now protecting our centre-backs and I enjoy it,” said Cardoso as per Phakaaathi.

“I see a lot more of the ball, I break down a lot more play. I want to get better, and help the team out by winning more games. But it’s not always about individual performance, we are a team and I think once we play better as a team, defending as a team, attacking as a team, things will get better for us.”

Cardoso is expected to continue with his defensive midfield duties when Chiefs host GladAfrica Championship side Richards Bay in a Nedbank Cup Last 32 match on Sunday.

With Chiefs fresh from the Soweto derby defeat to Orlando Pirates last weekend, the match presents an opportunity for Amakhosi to pick themselves up.

Cardoso stresses the need for “a positive result” as he hails Chiefs’ fighting spirit despite coming from the derby loss.

“It wasn’t a good start to the season for us, and it’s only now that we are starting to get our rhythm back and winning games here and there,” Cardoso said.

“But we’ve shown a fighting spirit in the last five or six games… And it’s something we need to go on. We just need a positive result and things will look up.”

Between the Soweto derby and the Richards Bay assignment, it is the first time for Chiefs to go for seven days without being involved in action this season. 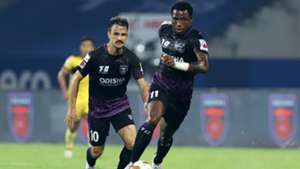