Since the costly blunders committed in successive Premier Soccer League matches against Black Leopards and SuperSport United last December Khune has been frozen out of the team.

He has even struggled to make it to the bench where Bruce Bvuma has been deputising Nigeria international Daniel Akpeyi.

But he has been named in the squad that is set to jet out of South Africa on Wednesday for Morocco.

Bvuma remains behind and it is yet to be seen if Khune will be given a run in what will be Chiefs’ first-ever Champions League group stage match.

Amakhosi coach Hunt got a boost following the recovery of defender Ramahlwe Mphahlele who missed their last four games due to injury.

Mphahlele is also part of the travelling contingent and Hunt would be banking on the defender’s experience on the continent earned during his time at Mamelodi Sundowns.

Another veteran Bernard Parker also returns after missing their last two games due to suspension.

Khama Billiat is another experienced Chiefs player but will not travel as he is still recovering from a broken leg.

Amakhosi shared their travelling itinerary. “Chiefs will jet out of Johannesburg heading to North Africa via Western Asia, flying from OR Tambo International and should reach the Moroccan city on the shores of the Atlantic Ocean on Thursday afternoon,” the club said in a statement.

“Chiefs will fly out of Morocco on Sunday and are expected to be back in Johannesburg on Monday. Amakhosi led by coach Gavin Hunt will take a travelling squad of 18 players with them to North Africa, while others remain behind to work on preparing for next week’s DStv Premiership games.”

After returning from Morocco, Chiefs will then resume PSL business by hosting AmaZulu on February 17.

Tue Feb 9 , 2021
The 21-year-old injury returnee is closing in on his debut, six months after joining the club  Ghanaian defender Mohammed Salisu is among Southampton’s injury returnees as the club prepares for Thursday’s FA Cup clash with Wolves. The centre-back has resumed training for the first time since sustaining an injury in […] 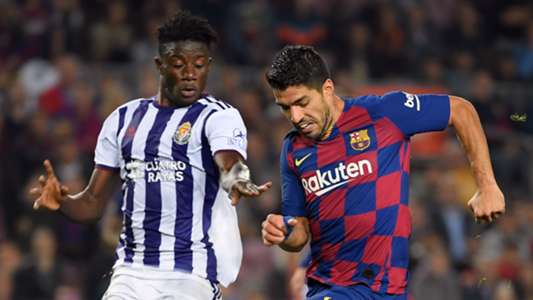