Kaizer Chiefs could fail to travel to Morocco for Saturday’s Caf Champions League Group C match against Wydad Casablanca as the Amakhosi travelling delegation are yet to obtain visas to enter the North African country.

The Soweto giants were due to depart Johannesburg for Casablanca on Wednesday but they were still struggling to be issued with the relevant travelling documents by their hosts.

This comes as South Africa is one of the countries on the list of travellers banned from entering Morocco due to the coronavirus.

“After the draw [on January 8] and the fixture announcement, Kaizer Chiefs made all the necessary arrangements to travel including booking flights, securing accommodation, submission of visa applications and everything that is required for the trip,” Chiefs said in a statement.

“Following the submission of the application for visas, the club has been in constant communication with Caf, the Moroccan Embassy in SA, South African Embassy in Morocco, Safa, Wydad Casablanca, the Moroccan football association and the Department of International Relations and Corporation to ensure that the application for visas is processed and approved.

“Wydad did confirm that they are awaiting confirmation from their Ministry of Health to grant Kaizer Chiefs special permission to enter the country because South Africa is on the list of countries that have been banned from entering Morocco due of the high numbers of the Covid-19 infections. No response has been received by Wydad or Kaizer Chiefs to this effect.

“Kaizer Chiefs will once again send a delegation to the Moroccan Embassy this morning [Wednesday] in an effort to seek clarity and request for the issuing of visas so the team can catch their flight and honour the fixture against Wydad in Casablanca on Saturday.”

With most countries uncompromising in welcoming travellers from countries that have recorded the new coronavirus mutant strain, chances are that the Wydad-Chiefs fixture could be rescheduled for a neutral venue.

Anakhosi are not the first South African club to experience complications to fullfil a continental fixture due to Covid-19 this season.

The fixture was then postponed by Caf and played in neutral Benin.

Wed Feb 10 , 2021
The Kenyan giants will welcome their rivals from Lusaka as the continental games are set to resume over the weekend Zambian side Napsa Stars have named the travelling squad that will face Kenya’s Gor Mahia in the first leg of the Caf Confederation pre-group stage tie on Sunday. The Pensioners […] 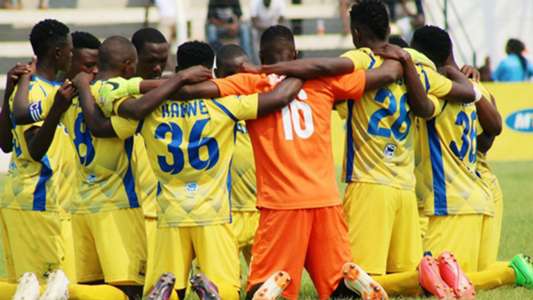