Kaizer Chiefs midfielder Philani Zulu says the period spent away from playing an official game was “needed” and it gave them time for introspection as well, so to adequately prepare for their next Premier Soccer League match against AmaZulu on Wednesday.

Amakhosi host Usuthu at FNB Stadium fresh after spending nine days without playing a match since their Nedbank Cup exit at the hands of GladAfrica Championship side Richards Bay.

The free period came about after playing nine matches between January 5 and February 7, before the postponement of their Caf Champions League trip to Wydad Casablanca, whom they had initially been scheduled to clash against last Saturday.

With Chiefs having not won their last three games in what is a relapse, having picked up some form which saw them go on a five-game unbeaten run, Zulu takes their inactivity last weekend as a blessing in disguise.

“As much is it was [disappointing] for us not to go and play in Caf‚ it also gave us more time to reflect on ourselves and to prepare more as a team because we needed that,” Zulu told Chiefs’ media.

“Looking at how we played in the last game and getting knocked out of the Nedbank Cup‚ it was sad‚ it was a saddening thing to go through. Now it is up to us to just pick up our feet and look forward to the game on Wednesday against AmaZulu.”

After picking out some positives from being inactive last weekend, Zulu however feels they might struggle to match Usuthu’s momentum under Benni McCarthy.

They face an AmaZulu side that has not been defeated in their last six league games and a Nedbank Cup outing, a situation which calls for Amakhosi to bring their “A-game.”

“It is not going to be an easy game. I mean they were playing on Sunday [the 0-0 draw against Swallows FC] and now they will have that momentum going forward‚ and we have not been playing since the previous game in the Nedbank Cup match,” continued Zulu.

“So it is all up to us as players to just keep our feet on the ground and our heads held up high‚ continue working hard and looking forward to the next game. It is going to be a different ball game because now they have more confidence and they play well as a team going forward‚ they can keep the ball.

“They are a very structured team and they are even more offensive than they were before. So it is up to us to bring our A-game just as much as they are going to be on top. So we have to match them in every way and we are very much prepared.

“Now we are in the final hurdle, we need to collect as much points as we can. We are in the second round, each and every team is gunning to play for maximum points.”

Interestingly, Chiefs were the last team to defeat AmaZulu when the two sides met in the reverse league fixture in Durban on January 13.

Lingard has no future at Man Utd, they've moved past him - Ferdinand

Mon Feb 15 , 2021
Rio Ferdinand believes Jesse Lingard needs to turn the page on his Manchester United career and look to secure a permanent move to West Ham. Lingard joined the Hammers on loan in January and has made a bright start to life under David Moyes in east London. The England international […] 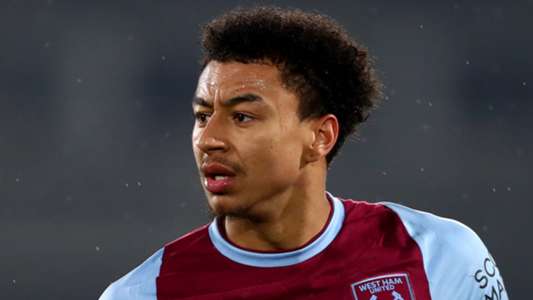