Both matches will be played on February 28 although Downs have a Nedbank Cup Last 16 match against Polokwane City lined-up for Saturday.

The Champions League games were postponed after the South African clubs were barred from travelling to North Africa due to the coronavirus pandemic.

Chiefs were initially scheduled to play Wydad on February 13 in Casablanca before Egypt also turned down a request to have Cairo’s Al Salam Stadium to be used as an alternative venue on February 19.

Caf has stated the Burkina Faso FA has agreed to have the Chiefs clash against Wydad at 4 August Stadium.

The Brazilians had been pencilled to play their Algerian opponents on Tuesday.

While it is yet to be announced what will happen to the Nedbank Cup between Sundowns and Polokwane City, the Tshwane giants have 10 free days between their last league match against Baroka FC and the scheduled Belouizdad clash.

He, however, also draws some advantage from the development, saying it allows their players to be “refreshed.”

“Whenever there is a change in the program, it puts spanners in the work because the reality is everybody wants to work in a way where things are pre-planned and then we can navigate our way through the program that has been set out,” Mokwena told Sundowns media.

“Unfortunately it is what it is. We have to adapt and work towards allowing ourselves to have enough time while we improve the team.

“We know we have a lot of things we have to improve on. Our performances have to get better. We are not in a level where we are really firing and consistently approaching 90 minutes with very good action.

“We know we have to improve on that but at the same time that technical and tactical work must also be compensated by the physical part which now gives us a bit of time to recoup. Also, enough time to refresh the team and work with regards to making sure that we are fresh physically and ready to go for the next cycle.

“Of course, a break like that is coming when we are in a very good momentum and confident in results, of course, we want to continue with the momentum. You don’t want any disruptions and inconveniences.

“But it is what it is. The perspective we would like to take is one that now we have time to work on the team, on different game forms but also time to refresh and regenerate. Maybe prioritise freshness because the way we play demands that we put within our game forms. We need a lot of physical execution

Mon Feb 22 , 2021
The German is about to face the Uruguayan in the Champions League and has always been a fan of his skill set Thomas Tuchel claims to have no intention of rekindling his interest in Luis Suarez now that he is calling the shots at Chelsea, with the Blues boss having […] 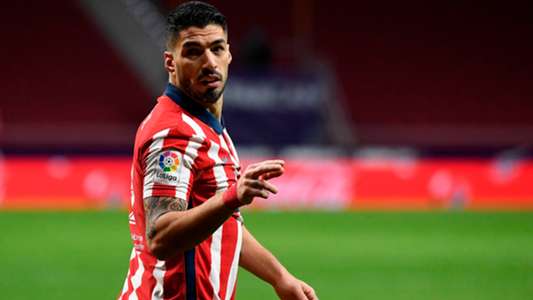