Ozan Kabak has opened up on his “dream” move to Liverpool while expressing his admiration towards Jurgen Klopp and Virgil van Dijk.

Kabak joined the Reds on loan on the final day of the winter transfer window, with an £18 million ($25m) purchase option included the in the final agreement with Schalke.

The 20-year-old has enjoyed a rapid ascent to stardom at Vetlins-Arena, and will now be expected to help Liverpool fight for silverware on both domestic and European fronts.

Klopp sought to add the Turkey international to his ranks amid a defensive injury crisis which has decimated his squad, with Virgil van Dijk, Joe Gomez and Joel Matip all unavailable for selection.

Ben Davies has also been snapped up from Preston on a permanent transfer, but Kabak is likely to the one who will slot straight into Liverpool’s starting XI at centre-back heading into the business end of the season.

The Schalke loanee is itching to get his first taste of football at Anfield, and told the club’s official website: “Liverpool was my childhood team. So I always wanted to come to this club, to play at this amazing stadium, in front of these amazing fans.

“It’s a dream for me. Now the dream comes true.”

“Like I said, I’m looking forward to working with him, to take some things from him.”

The young defender is also looking forward to working with and learning from Van Dijk, with it his belief that the Netherlands international has no equal in his position.

“Virgil van Dijk is, I think, the best centre-back in the world at the moment. The last three or four years he was always on his best performance,” he said. “He’s strong, he’s good, he’s so fast, he’s clever. So that’s why I see him as an idol. I want to meet with him as soon as possible, to be honest.”

“I think this team has a lot of top players, top talents, so I want to improve every training [session], every game and to be strong to help the team.”

Wed Feb 3 , 2021
After a red card was shown to Alex Jankewitz just 79 seconds into the game, United took no prisoners… Source of the article 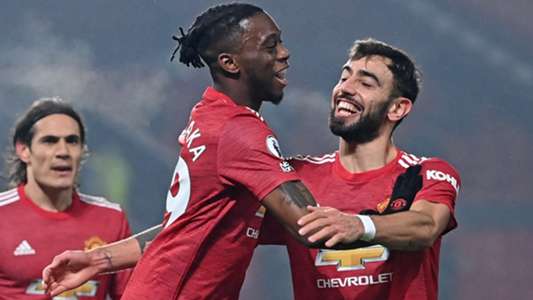