Orlando Pirates’ bid to reassert their name as one of the heavyweight teams in Africa continues when they come up against Jwaneng Galaxy in Sunday’s Caf Confederation Cup play-off, first leg match at Gaborone National Stadium.

It is a quest for Pirates to reach final of this competition again, while the Botswana champions will be looking to make history by qualifying for the group stage for the first time ever.

Since lifting the Caf Super Cup in 1996, Pirates have struggled to win any title on the continent.

Their attempts have been characterised by near-misses including coming out as 2013 Caf Champions League runners-up as well as another second-place finish in the Confederation Cup two years later.

As such, German coach Josef Zinnbauer would be seeking to help the Buccaneers write history by delivering a continental title after more than two decades.

No Pirates player is suspended for this match but it is not yet clear if Zinnbauer will have midfielder Thabang Monare available after he was injured in their last match against Cape Town City.

Forwards Zakhele Lepasa and Tshegofatso Mabasa are edging closer to full fitness but are not likely to be available for selection on Sunday to afford coach Josef Zinnbauer more selection options upfront.

The Soweto giants have been facing a crisis upfront of late, leading to midfielders Thembinkosi Lorch, Deon Hotto, Terrence Dzvukamanja and Azola Tshobeni being deployed as number nines.

Defender Abel Mabaso is still out with a long-term injury.

With Galaxy inactive due to the suspension of football in Botswana, there have been no reported injury concerns.

There have also been no updates on unavailable players due to the coronavirus or any other illness.

It is the first-ever meeting between the Soweto giants and Jwaneng Galaxy.

Pirates go into this match wanting to banish their reputation of being inconsistent this season.

But they could, however, be having a match-fitness advantage over their opponents who were last involved in competitive action in early January.

Since losing 3-1 to Mamelodi Sundowns on January 5 to drop to the Caf Confederation Cup, Galaxy have not played any competitive match since the Botswana Premier League is not currently running.

Their endurance will be put to the test by a Pirates side that have been heavily involved in both Premier Soccer League and Cup action in South Africa.

While Pirates have been struggling for consistency, they, however, arrived in Gaborone on the backdrop of two straight wins in the league and Nedbank Cup, results that could boost their morale.

Sun Feb 14 , 2021
The Argentine boss singled out the Everton loanee for praise after seeing his side beat Nice in Ligue 1 at the weekend Mauricio Pochettino says Paris Saint-Germain are “very happy with everything” that Moise Kean is doing on the pitch, with the loan star having stepped up in Neymar’s injury-enforced […] 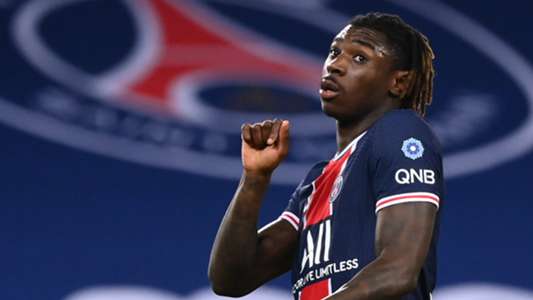