35′ Ronaldo hasn’t been able to be involved much, he has hardly touched the ball as Juve are yet to test Handanovic in the Inter goal. It has been a cagey game so far.

33′ Decent effort! Brozovic finds time and space from around 25 yards out and fires an effort towards goal, which dips just in front of Buffon, but it is too close to him and the keeper makes a good save.

32′ Ronaldo has scored four goals in nine games against Inter in his career: three at the Giuseppe Meazza between Serie A and the Coppa Italia, and one at Old Trafford with Manchester United in the Champions League.

30′ We’re at the half an hour mark now at the Allianz Arena and it remains 0-0 between Juventus and Inter. However, Juventus lead 2-1 from the first leg.

28′ CHANCE! Inter take a corner short and the ball falls to Eriksen on the edge of the box, he drills a low shot towards goal, but it is blocked and the rebound falls to Martinez, but his shot is off target and is also blocked. It bounces dangerously in the penalty area, before Juve clear behind for another corner.

27′ This is much better from Inter, they need to score here and put Juventus under some pressure to try and get back into the tie.

25′ CLOSE! Eriksen whips a terrific free-kick delivery into the box and Lukaku tries to flick it on and glance it into the far corner of the net. However, he can’t quite get enough contact on it and the ball flies narrowly wide of the post.

24′ Alex Sandro is the first Juve player to be booked after his poor challenge on Hakimi, was has handed Inter a free-kick in a very good position.

24′ Alex Sandro struggles to chase down Hakimi down the left wing and slides in right on the edge of the penalty area, bringing him down. He just managed to time that so he didn’t give away a penalty.

22′ Blocked! Quick counter by Inter, which catches Juve out at the back and Hakimi manages to work space for a shot from the edge of the box. However, Demiral gets across well and makes the block.

21′ Inter look like they will be dangerous on the break here, as they haven’t touched the ball too much so far and when they have done well in attack, it has started from a quick counter.

19′ After a decent spell by Inter, it is the hosts who are once again dominating possession, but it is all in the midfield and they haven’t yet got close to testing Handanovic.

17′ Hakimi is off the pitch receiving some treatment at the moment, it looks like a hand injury, but he should be fine to continue shortly.

15′ In all eight occasions in which Juventus have won the first leg of the semi-finals of the Coppa Italia, they have then reached the final. Twice previously it has happened against Inter, in 1983 and most recently in 2016.

13′ The first yellow card of the game is shown to Darmian after his challenge on Ronaldo, which was slightly late and he had his studs slightly raised. Ronaldo goes down in pain, but will be fine to continue.

11′ That was a good call from the referee, as it looked like Bernardeschi had clipped the heels of Martinez, but the replays show that it was in fact the Inter striker who kicked the Juve man.

10′ PENALTY SHOUT! Big appeals for an Inter penalty after Martinez goes down in the box after a coming together with Bernardeschi. It was a good quick counter by the visitors, with Hakimi getting down the right wing, he squares the ball across goal, which is half cleared, but only to Martinez, who goes to shoot, but he strikes the foot of Bernardeschi and Juve then clear the danger. Nothing is given.

9′ Almost! Ronaldo makes a terrific run in behind the Inter defence after a long ball from the back by Skriniar, but the striker just can’t get onto the end of it and Handanovic rushes off his line to gather in the nick of time.

7′ The winner of this tie will face either Atalanta or Napoli in the final, who face each other tomorrow and their first leg ended in a goalless draw.

5′ There is no real pace or intent to the game just yet, it is quite slow, with both teams just feeling their way into it. Juventus hold the advantage thanks to their first leg victory.

3′ It is Juventus who are keeping the ball nicely in the opening few minutes of the game, but Inter are pressing them high up the pitch and are getting into a five man backline when defending.

The teams are out on the pitch and kick-off is just a few minutes away, stay tuned for all the match action!

Meanwhile Inter have made three changes to their starting XI, with Vidal, Perisic and Sanchez all dropping out of the side and they have been replaced by Darmian, Eriksen and Martinez.

Andrea Pirlo makes seven changes to his side that beat Roma 2-0 at the weekend, with Buffon replacing Szczesny in goal, and Bonucci, Chiellini, Chiesa, Arthur, McKennie and Morata also drop out. They have been replaced by Demiral, De Ligt, Cuadrado, Bentancur, Bernadeschi and Kulusevski.

Since that defeat, Juventus have won their last six games in all competitions and they are now third in Serie A, just five points behind Inter and they have a game in hand. Meanwhile Inter have been in fine form, only suffering one defeat in their last seven games, which came in the first leg of this competition, to keep up the pressure on Milan at the top of Serie A.

Juventus hold a slender 2-1 lead heading into the second leg of this Coppa Italia clash, after a Cristiano Ronaldo brace cancelled out an early Lautaro Martinez strike. The two sides faced off in Serie A just a few weeks ago and Inter came out 2-0 winners.

Hello and welcome to our LIVE match commentary of Coppa Italia semi-final clash between Juventus and Inter.

Tue Feb 9 , 2021
The Bundesliga giants’ CEO thinks the Egyptian icon is comparable to the Barcelona star in terms of his accomplishments on the pitch Mohamed Salah is “the Messi of Africa”, according to Bayern Munich CEO Karl-Heinz Rummenigge. Particularly since his move to Liverpool in 2017, Salah has become a superstar in […] 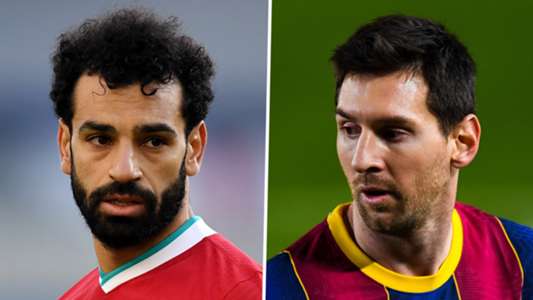