The Serie A champions are eager to add another goalscorer to their ranks, but no efforts will be made to snap up a fiery Spain international

Juventus have ruled themselves out of the running for Diego Costa, Goal has learned, with the Serie A champions not about to join the transfer race for a fiery Spain international despite being in the market for another striker.

A proven 32-year-old frontman, Costa has dropped into the free agent pool. Atletico Madrid have agreed to the early termination of Costa’s contract, allowing him to seek out another employer.

While a second spell with the Rojiblancos did not play out as planned for the Brazil-born forward, he continues to boast an impressive CV.

Costa helped Atletico to La Liga title glory and the Champions League final during his first stint in the Spanish capital, before going on to lift the Premier League crown on two occasions with Chelsea.

That success could not be replicated back in Madrid, as he netted just 19 times through 81 appearances, but plenty of interest in his services is expected to be shown.

Leading sides in Serie A are mulling over their options, with AC Milan and Juventus eager to add more goal threat to their respective ranks.

A switch to Italy for Costa is, however, unlikely.

Juve certainly have no intention of making a move to bring in the ex-Chelsea man alongside Cristiano Ronaldo and Co.

An approach would make sense to the Bianconeri in terms of finding a rotation option that would be happy to spend time on the bench and become an impact player for Andrea Pirlo.

Costa, though, would bring plenty of baggage with him and is not considered to be worth the risk for those in Turin.

As a result, Juve will be scouring the market for alternative targets that can be acquired at a reasonable price – with CEO Fabio Paratici already charged with the task of unearthing a hidden gem.

With the Italian title holders looking elsewhere, the path is clear for others to put offers to Costa.

A number of teams in Brazil are said to be keen on returning the burly striker to his roots, but heading to South America is not a priority for the player at this stage.

Costa would prefer to remain in a competitive European division for now and there is every chance that he will head back to England – amid talk of interest from Wolves, Tottenham and Arsenal – as he seeks to rediscover the spark that once delivered 59 goals through 120 outings for Chelsea.

Thu Dec 31 , 2020
The Belgian midfielder says he is eager to get some regular minutes under his belt after a frustrating start to the 2020-21 season at San Siro Radja Nainggolan has fired a parting shot at Inter after returning to Cagliari on loan, claiming the “joy of playing football was taken away […] 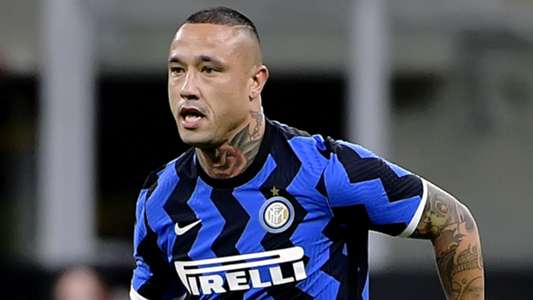