Dybala is contracted to the Serie A champions until June 2022 and said in an interview with CNN this week he was waiting for the club to initiate talks .

Goal reported on Wednesday that the Argentina international is requesting a €12 million-a-year (£11m/$14m) deal  and that the Bianconeri are confident of reaching an agreement in the near future.

Dybala has struggled for form since Cristiano Ronaldo’s arrival at Juve, scoring 23 goals in all competitions since the start of 2018-19, fewer than he managed in 2017-18 alone.

Maurizio Sarri has acknowledged it is difficult for Dybala, who was linked with a move to Manchester United and Tottenham in the previous close season and has expressed an interest in playing for Barcelona, and Ronaldo to “coexist” in the same team.

However, Paratici has confirmed that the Turin giants remain optimistic about their chances of convincing him to extend his stay and says it is only logical he would want a substantial pay rise.

Ahead of the second leg of their Coppa Italia semi-final against AC Milan on Friday, Paratici told Rai Sport : “We are not worried, as we started discussing the situation with Dybala and his entourage, so we are absolutely optimistic and confident.

“Everyone who goes to negotiate a contract wants an improvement, so that’s entirely logical.”

Asked about Juve’s reported interest in Roma’s Nicolo Zaniolo, he added: “This is not the time to talk about the transfer market, it’s already been done when there was no football being played, but we want to fully enjoy this moment when Italian football returns.”

Juve’s clash with Milan was their first game in over three months, after football was suspended across most of the globe in March due to the coronavirus pandemic.

Sarri’s team are top of Serie A after 26 matches, sitting one point clear of nearest challengers Lazio, while Inter are a further eight points behind.

The Italian top flight returns from its three-month long suspension next week, with Juve visiting 10th-placed Bologna on June 22.

Barcelona: Seven unknowns ahead of Barcelona's return to action

Sat Jun 13 , 2020
Barcelona From Setien’s style to Arthur’s place in the squad LaLiga Barcelona return to LaLiga Santander action in a sea of doubts surrounding their transfer strategy and goings-on behind the scenes at the club. Quique Setien’s side have the chance to lift the mood at the Camp Nou as they chase […] 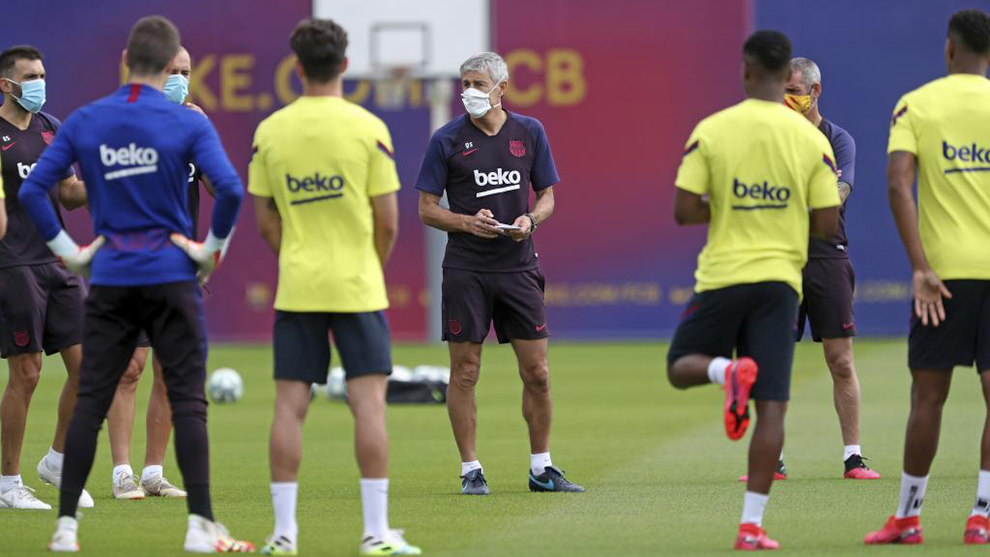