The former KCCA midfielder arrived at the Red Eagles on Wednesday as a free agent after agreeing to pen a one-year contract.

The arrival of Mutyaba has left Juuko excited as the two players are re-uniting having featured together for Victoria University in the Ugandan Premier League.

“I am so glad we [management] managed to sign Mutyaba,” Juuko told the club’s official website. “We played together at Victoria University and bonded very well.

“Mutyaba brings a lot on the table both on and off the pitch, his creativity is unmatched, therefore, I am positive that as long as we double our efforts, this is going to be a fantastic season for the Express nation.”

On signing the player, Express revealed on their official website: “They don’t come often and as creative as Muzamiru [Mutyaba].

“The ever composed and skilful creative midfield gem will now call Express home for the next one year joining as a free agent after he ran down his contract with KCCA last season.”

Mutyaba, who will don his favourite number 10 shirt, explained the reason why he made the move to sign for the six-time league champions.

“First of all, I would like to thank the management of the club [Express] for making this happen,” Mutyaba said after penning the contract.

“Yes, I had many options on the table but none fitted the bill to my satisfaction, I join a club that has a lot of ambition, good organization, and great players, therefore I couldn’t have made a better decision.”

Mutyaba will bring a lot of creativity to the Red Eagles – who are handled by Wasswa Bbosa – especially in the final third, where he will link up with Abel Eturude and Ibrahim Kayiwa.

Mutyaba is good at dead-ball situations and also has an eye for goal with his long-range shooting.

Mutyaba was a key figure at KCCA in all the success the club enjoyed since his arrival in 2015 from Victoria University, as he managed to win several titles including three league titles, Uganda Cup (two) and Pilsner Super 8 and Fufa Super Cup.

He becomes the ninth player signed by Bbosa this season as the team strives to wrestle the title from Vipers SC.

Express are one of five unbeaten sides in the league and currently lie sixth with eight points from four games, one fewer than the majority of the other 15-teams as the league awaits a restart following the country’s participation in the Chan tournament.

Fri Jan 29 , 2021
The tactician calls on fans back in Dar es Salaam to support the team despite their failure to reach the last eight of the continental tournament Tanzania coach Etienne Ndayiragije has maintained his players deserved to be praised despite being eliminated from the African Nations Championship in Cameroon. The Taifa […] 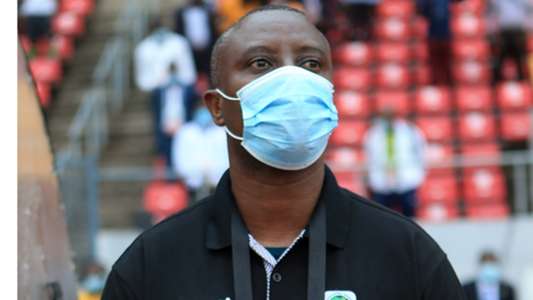