Uganda Cranes defender Murushid Juuko has revealed he will not return to Moroccan Botola Pro side Wydad Casablanca until his dues are settled.

The 26-year-old was a dependable player at Tanzania Mainland League champions Simba SC for five years making 149 appearances, scoring seven goals in the process. However, he left in mid-2019 for the North African side but things didn’t go as planned.

After falling out with the club over issues including finances, the towering defender is on Vipers SC radar but he refused to comment on the issue, stating he is still contracted to Wydad Casablanca but will only rejoin them if his dues are cleared.

“I can’t comment on the Vipers move now,” the Uganda international Juuko told the Daily Monitor.

“I still have my contract with Casablanca but I can only return to Morocco when they pay me all the money they owe me. If that is not the case, I will still stay in Uganda .”

Venoms coach Fred Kajoba did not hide his admiration for the experienced centre-back. The tactician is building a team to help them perform well in the Caf Champions League in the 2020/21 season.

“No coach in Uganda wouldn’t want to have Murushid in his team. Even if you asked Mike Mutebi (KCCA manager), he would run for him,” Kajoba said.

Vipers were crowned after the Federation of Uganda Football Associations (Fufa) cancelled the league amidst Covid-19. 25 rounds had been played and the Kitende-based side was leading with 54 points, four more than 2018/19 champions KCCA.

“We are going for continental football and in any case, we face a big side, say from North Africa, we can rely on Juuko for experience and command,” Kajoba added.

“We may have many defenders at the moment [Geoffrey Wasswa, Bashir Asiku, Halid Lwaliwa, Ahmed Amayo, Ibrahim Tembo, Jacob Okao, Livingstone Mulondo and Rashid Toha] but if we get Juuko some will have to go on loan.”

Juuko was part of the Johnathan McKinstry side that defeated Malawi 2-0 in the 2021 African Cup of Nations qualifying match played at Namboole. According to the Cranes deputy team manager Paul Mukatabala, Wydad Casablanca inquired about the player.

“Two weeks after the Cranes versus Malawi game on November 17, Wydad Casablanca asked Fufa about the whereabouts of Murushid Juuko,” he revealed to the Daily Monitor.

“The CEO [Edgar Watson] tasked me to look for him and when I uprooted him from Entebbe, he said he won’t go back until the financial issues are resolved.

“Fast forward two months ago, he told us his agent is handling the matter and we gave him ample time to sort himself out.”

Sat Jun 13 , 2020
The Limpopo-based outfit will let go of the 55-year-old mentor as well as players who have already received offers for next season Tshakhuma Tsha Madzivhandila (TTM) CEO Sello Chokoe has confirmed the club will not be needing the services of Gavin Hunt next season.  This comes after TTM claimed to […] 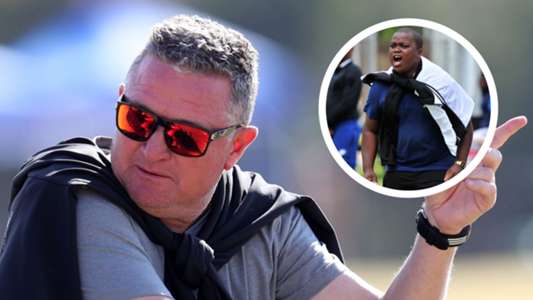