The Mailmen have won just one out of 12 league games, losing four in the process, but the skipper is confident things will soon change for the better

Posta Rangers captain Joseph Mbugi is confident the team will rise and meet their set targets in the league despite a recent 4-1 loss to leaders Tusker FC.

The two teams met in the Football Kenya Federation Premier League at Kasarani Annex on Thursday. Jackson Macharia, Henry Meja, and Luke Namanda scored for Robert Matano’s side while Rangers’ goal was struck by Ezekiel Okare.

The experienced skipper is hopeful the Mailmen will rise and get a positive outcome in the forthcoming matches.

“It was not the result we wanted, just a bad day in the office,” Mbugi, who is nursing an injury and missed the game, told Goal on Sunday.

“We played the game well especially in the first half but lost some momentum after the break.

“But again, the team is going under some sort of transition from the technical bench and new players as well. I am confident once the team gels, there will be positive results coming in. We will reach our target.

“We are going to rise, just a matter of time.”

The midfielder went on to give his thoughts on new coach Stanley Okumbi, who took over from Sammy Omollo.

“Okumbi is an experienced coach who knows our football well,” Mbugi continued.

“I am optimistic he will help us get positive results consistently as we aim at achieving our objectives. It is just a matter of time before we start winning matches.”

Recently, the Nairobi-based charges completed the signing of Bernard Ondiek from Gor Mahia to bolster their midfield.

The midfielder became the fourth signing at the club after the arrivals of Evans Makari Maliachi from side Talanta FC, Joshua Otieno Nyatini from Wazito FC, and Ambrose Awio from Biashara Mara United.

Rangers have struggled to win matches in the top-tier this season and it is something they aimed at solving by bringing Okumbi and the other new signings on board.

The Mailmen have collected just one win from the 12 matches they have played in the FKF-Premier League, drawn seven, and lost four. They have also scored eight goals and conceded 15 which puts them at a negative seven goal-difference.

Sun Feb 21 , 2021
The Norwegian has warned his players to remain fully focused ahead of a clash against Newcastle at Old Trafford Ole Gunnar Solskjaer has issued a rallying cry to his Manchester United squad, calling for his players to prove that they “want it more” than their opponents. United are due to […] 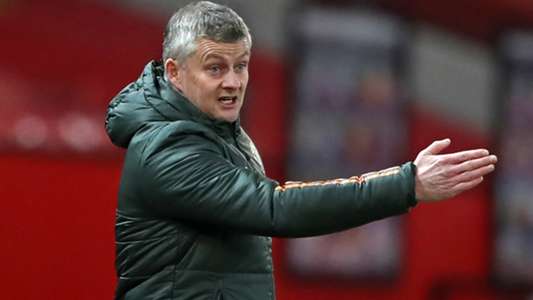