The former Red Devils midfielder has been impressed by a Portuguese playmaker, but says he is not yet at the level of an iconic Frenchman

Paul Ince claims the “jury’s still out” on Bruno Fernandes when it comes to comparisons with Eric Cantona as the Manchester United talisman needs a title triumph in order to join such illustrious company.

A Portuguese star of the present is doing his best to follow in the footsteps of a French icon at Old Trafford.

He has been a revelation through the first 12 months of his time in England, with United looking to him for inspiration in times of need.

Fernandes has bettered Cantona when it comes to end product through his first 30 games in the Premier League, with the 26-year-old boasting 33 goal involvements so far.

Those efforts have helped the Red Devils to a top-four finish and into contention for a first Premier League crown in eight years, but Ince says major silverware is required in order to rub shoulders with the elite.

The former United midfielder told Sky Sports of the Cantona comparisons: “Eric could do absolutely everything. It was just those moments where you had to win the game. People were chasing us and we did not win the title by a lot.

“Much-needed goals. You know, those moments when you start to worry, start to panic, and the game is not going your way and you don’t know where the goal is coming from. That is when he would pop up and score a vital goal.

“I think that is probably the same with Fernandes. He scores vital goals.

“I think he was very impressive when he first came. He hit the ground running. This year, I don’t think he has been as impressive but he is still a major factor in the team. He is still the talisman.

“The players love him and he has got a character about him. We talk about character all the time and how we are losing that trait in football. But there was a time when I watched him have a go at [Victor] Lindelof. He puts demands on players.

“For someone to come from a foreign country, Portugal, to a club like Manchester United and put demands on his players. He is a winner and it is infectious.”

While saluting Fernandes’ efforts through a memorable first year in Manchester, Ince added on claims that the Portugal international is already standing alongside Cantona: “The jury’s still out.

“But now the pressure’s on because they feel they can win the title. That’s the mark of a top top player – what he does when it actually matters. Listen, I’m not saying that’s going to be the case, he’s certainly got the qualities to do it.”

Tue Jan 5 , 2021
The former TS Galaxy head coach has had four previous spells with the Eastern Cape club, during which time he was in charge of 61 matches Chippa United coach Dan Malesela says the decision to rejoin the Chilli Boys was not taken lightly. Malesela, who was sacked by Premier Soccer […] 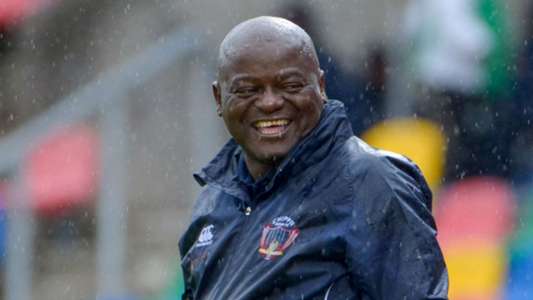