The Reds boss used 24 players for their record-breaking Premier League title win and run to the last 16 of the Champions League.

All but four outfield players contributed at least one goal in either competition with Harvey Elliott and Neco Williams and Takumi Minamino having limited opportunities. Joe Gomez was the only senior player who had a full season not to find the net.

Klopp gave chances to some of the club’s academy players in the FA and Carabao Cups to cope with fixture congestion but believes keeping as small a core as possible keeps the players on their toes.

“The solution cannot be to have a much bigger squad for the specific moment and then realise you cannot use all the players,” said the manager, who sent his players off on a well-deserved two-week holiday with a reminder of their responsibilities to keep on top of the latest coronavirus travel guidance and potential quarantine restrictions.

“These players can only play the football they play because they know they are needed.

“They are all human beings and nobody can be held back for a year and then on the last day of the year be told, ‘Now we need you.’

“In between now and then there must be a lot of training and support and challenges stuff like this.

“We cannot keep someone in the backyard and bring them up in the decisive moment. That will not help. We will have solutions for that, we have young players.

The sale of Dejan Lovren to Zenit St Petersburg in a £10.9million deal and the end of Adam Lallana’s contract, plus the likely departure of Xherdan Shaqiri and potentially Divock Origi leaves spaces up for grabs.

Rhian Brewster, on loan at Swansea, looks set to be integrated into the squad but Klopp is still likely to need to strengthen even if the likes of Curtis Jones, Elliott and Williams play bigger roles.

However, the manager has consistently cautioned about unrealistic expectations in a post-pandemic transfer market.

“Usually we know about the financial funds that we have as much as you can know,” he added.

“That is all uncertain and that is what we consider because we are not only responsible for the success of the club. We are responsible for all the people at the club and that means everyone who is working here.

“Time will hopefully bring a bit more clarity about the future and then we will make our decisions.”

With the potential for travel regulations to change, as was the case with Spain at the weekend, Klopp issued a warning to his players.

“We had this talk. It is like a conversation without a solution to be honest, the thing is it’s an open process which we all have to respect in the moment,” he said.

“The boys can go on holiday and we know from everybody where they will go, and it’s all OK – these countries are all completely fine – but there’s the little extra that the situation can change, constantly.

“So now this is the responsibility of the boys. They have to follow the news, and then you have to react. It is not our job, to say ‘Maybe Spain close the border again’, or whatever.

“We will do as much as we can to help, but they need to be aware of the situation as well.”

Tue Jul 28 , 2020
The Catalan has revealed that he will be without a prized asset when his side play host to the Blancos next month Pep Guardiola has confirmed that Sergio Aguero will sit out Manchester City’s Champions League clash with Real Madrid. Aguero has been out of action since suffering a knee […] 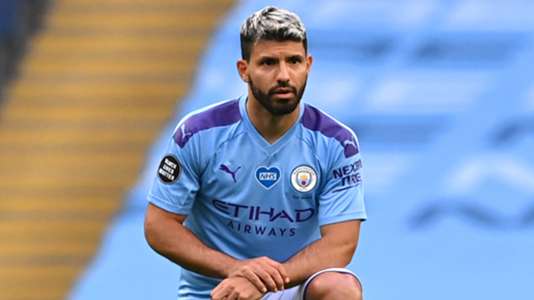