Ingwe are fourth on the league table after seven league matches, having won five games and drawn two

AFC Leopards will be in the market for a defender as they aim at strengthening their defence to offer a consistent challenge in the Football Kenya Federation Premier League this season.

The 13-time league champions have so far played seven games and have managed to get five wins and two draws.

They have looked shaky at the back despite conceding just five goals, the second least in the division, in the games played.

“The team is fine in almost all the departments and we are happy with what we have managed to achieve at the moment,” Tom Juma, who is Leopards’ team manager, told Goal on Tuesday.

“But we are a bit short at the back and we will be aiming at singing one or two defenders to strengthen. We want to ensure the stability is there as well as consistency.”

The former Kenya midfielder has explained why people should not expect wholesale changes in the team.

“The current short transfer window was untimely for us, we have just played seven games which we cannot use to gauge the players,” Juma added.

“So we cannot use the seven games to make changes in the squad, they are not enough. We have to do with the players we have and as I said, we might just add in the defensive department.

“Secondly, no players have expressed their intentions to leave. We had some whose contracts were running out but we extended them. So it is unlikely that we will be busy in the market.”

The former champions suffered a 1-0 defeat to Wazito before falling 2-0 against Western Stima in the top-tier matches played at Kasarani Annex. Juma has explained what led to the losses.

“Against Wazito, we had not played for some time as compared to our opponents. They were match-fit and we were not and it contributed to the loss,” he claimed.

“The loss to Western Stima came because of concentration lapses, but we have worked on those. We intend to ensure we put up a brave fight and have a final laugh at the end of the campaign.

“We know other teams are also prepared but we are determined to be the best.”

ISL: Edu Garcia set to be on the sidelines with ankle injury

Tue Jan 26 , 2021
The midfielder is expected to be back before the playoffs… Edu Garcia is set to spend a considerable period of time on the sidelines after the midfielder got injured against ATK Mohun Bagan’s previous match against Chennaiyin on January 21. The Spanish midfielder is believed to have suffered an ankle […] 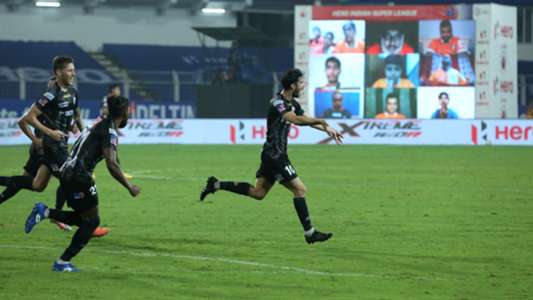