The Blues blanked East Bengal 2-0 in what was their first clean sheet in 13 games. They face Chennaiyin up next and both teams have had plenty of issues to deal with this season.

Moosa said, “There is a lot of positivity (after the win) now. Of course, the players believed in each other and the way we have been playing for the last two-three games. We have been more compact. As in the match against Hyderabad (letting go a two-goal lead to draw 2-2), you didn’t see the same mistakes happening again and everyone was more cautious.

The former Mahindra United defender recognised that Chennaiyin will pose more of a threat with their foreigners such as Enes Sipovic and Manuel Lanzarote available for the tie.

“I watched the (Chennaiyin’s) Hyderabad game (2-0 loss) and before that, they played against Mumbai City (1-1 draw). If you see the Mumbai game, they were really strong and it was a draw. They suffered because they didn’t have a central defender (Enes Sipovic against Hyderabad). Tomorrow they have all their foreigners available. So it won’t be easy. We have to be compact, the way we played against East Bengal, by not letting in those penetrative passes. So the way we defend will play a very important role,” he pointed.

Besides Rahul Bheke’s suspension and the return of Erik Paartalu, the coach is expected to ring in changes as Leon Augustine is also out with a hamstring injury.

“Cleiton (Silva) is having hamstring problems. He’s an important player for us so we have to be careful. I don’t have Leon also. He has a hamstring injury. The youngster was really doing well but he’ll be out for two-to-three weeks now. Parag, when he came in as a midfielder, he did well. Juanan is out for the season,” Moosa informed.

Questioned about January signing Xisco Hernandez’ role for the rest of the season, he mentioned, “With Xisco, the problem is, he’s not been playing for a long time. He was in quarantine and his fitness level is a concern. We don’t want to take a risk on the injury front. Giving him 15-20 minutes towards the end should solve the problem. We want to get him matchfit but that needs time and we don’t have time.”

Forward Kristian Opseth has extracted just 20 shots with just six of them on target during his 664 minutes on the pitch and Moosa described that his tactics have worked better with Sunil Chhetri and Cleiton Silva playing upfront.

“I can’t say [that I am] disappointed [in Opseth’s performance]. He’s trying his best. The way we have been playing, we miss a number 10 from whom he should be getting those balls. If you see Sunil and Cleiton, they have been getting high balls and getting those runs in. Opseth is more of a technical player who wants the ball at his feet. He’s a talented player but right now, the formation in which we are playing, we need the players to make those runs.

“Since Sunil and Cleiton are doing a good job upfront and when they are getting those results, we don’t want to change anything. Of course, when you have players who are not scoring, it is a concern. But right now, we are getting results. We scored four goals in the last two games. So if that is working for us, we need to stick to the same approach,” he reasoned.

Thu Feb 4 , 2021
The Gunners academy graduate has been catching the eye in the No 10 role and claims to be “free” in his mind amid reports of possible signings Emile Smith Rowe has the same “superstition” as Arsenal-linked Jack Grealish, with the youngster playing with his socks rolled down, but the 20-year-old […] 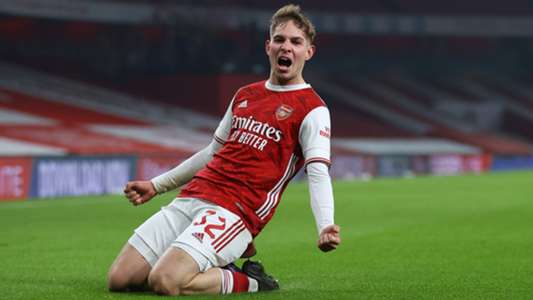