The Portuguese forward has made an immediate impact at Anfield, but he wants to achieve even more after recovering from a knee problem

Diogo Jota says he is “doing well” in his recovery from a knee injury, with the Portuguese forward determined to return even stronger for Liverpool and become a “big influence” for the Reds.

The 24-year-old has made an immediate impact on Merseyside following a £45 million ($62m) transfer from Wolves.

Prior to being laid low, Jota had netted nine goals in 17 appearances.

Many were calling on Jurgen Klopp to hand him a more prominent role in his plans, with questions being asked of Roberto Firmino’s standing as the go-to No.9.

With Jota ruled out, the hard-working Brazil international has rediscovered his touch in the final third.

That means his talented team-mate will have it all to do once he returns to full fitness, but an ambitious performer is determined to become a talismanic presence for Klopp.

Jota told Liverpool’s official matchday programme of his plans for the immediate and long-term future: “Knee injuries are always complicated so we cannot rush things, but I am doing well and I will be back on the field as soon as possible.

“When I’m fit I know I’ll give my best in each training session to give myself a chance of playing.

“In Portugal they used to say the hardest thing is not to arrive but to stay there. So that of course is my target.

“Now that I have achieved a move to Liverpool I want to be a big influence in this club and that’s what I try to do every day.”

Jota added on his impact at Liverpool, which saw him become the first Reds player to score in his first four appearances at Anfield: “When I first came my target was to get into the team and to know what we have to do on the field.

“After that the aim is to give your best and take advantage of the opportunities you might have and that’s all I always try to do.”

Liverpool have made their way back to the top of the Premier League table in Jota’s absence, but it could be that Klopp favours an ambitious approach once back to full strength that sees him go with Portuguese power alongside Firmino, Sadio Mane and Mohamed Salah.

Jota said of that approach: “Can we play as a four more often in the future? You would need to ask the manager as he is the one that decides.

“Now I am supporting from the outside it is not easy. It’s even harder when you need to suffer as a fan and you can do literally nothing to help the team on the field.”

Sat Jan 2 , 2021
The two games were the first one to be played in the new year after the competition had gone for a break before the Christmas eve Kariobangi Sharks and Ulinzi Stars drew 0-0 in a Football Kenya Federation Premier League encounter on Saturday at the Moi International Sports Complex, Kasarani. […] 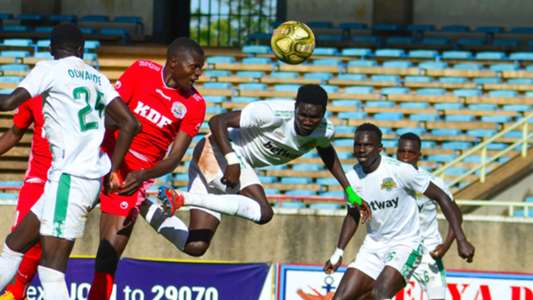