English Premier League side Fulham have announced the signing of Nigeria international Josh Maja on loan from Ligue 1 outfit Bordeaux.

As agreed by both parties, the Cottagers have the option to make the deal permanent for the 22-year-old at the end of the 2020-21 campaign.

Rabbit out the hat! 🐇

With Aleksandar Mitrovic struggling for form since Fulham’s return to the English topflight, manager Scott Parker has been desperate to add a striker to his squad. Now, he has the Super Eagles star to count on in terms of goalscoring duties.

“We are delighted to announce the signing of Josh Maja from Bordeaux on loan,” Fulham confirmed the transfer on their website.

“The 22-year-old striker will remain with Fulham for the remainder of the 2020/21 campaign, with an option for the deal to be made permanent.”

Speaking to Fulham website on arrival, Maja – who spent three years in Fulham’s academy from the age of 11 alongside Jerome Opoku, Taye Ashby-Hammond and Marlon Fossey expressed his delight teaming up with the English topflight side.

“I’m really excited and proud to sign for Fulham on loan for the remainder of the season,” he said.

“This is a big opportunity and I look forward to meeting up with the team and working hard to achieve positive results.”

Fulham’s director of football Tony Khan claimed Maja’s return to Craven Cottage provides him with an opportunity to prove his worth at ‘the highest level.

“I’m delighted that we’ve been able to bring Josh back to Fulham,” Khan said.

“He’s made tremendous progress in the years since he left our Academy, and now he’s returning to the Club in our First Team with an opportunity to earn his place in our squad and prove himself at the highest level.”

Maja left Fulham for Manchester City before continuing his career at Sunderland – where he made his senior debut in the League Cup in September 2016.

He is unlikely to make his debut when Fulham take on Leicester City in Tuesday’s league showdown. Against Brendan Rodgers’ men, they would be targeting their first win in 2021.

Tue Feb 2 , 2021
The former Bafana Bafana tactician has found himself at the center of controversy Indian Super League side Odisha FC are “appalled” by offensive comments made by former Kaizer Chiefs coach Stuart Baxter as he suggested that his players would need “to rape someone or get raped” to win a penalty. Appearing […] 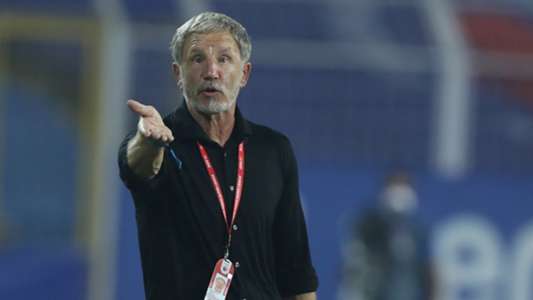