The Portuguese will now have to take in a period in quarantine, leaving Diego Simeone sweating on his fitness for a crucial European clash

Joao Felix has tested positive for coronavirus to give Atletico Madrid cause for concern ahead of their Champions League tie with Chelsea later this month.

Felix will spend the next 10 days in self-isolation after contracting Covid-19, with Atletico confirming the news on Wednesday morning.

An official statement on the club’s Twitter account reads: “Our player Joao Felix has tested positive for Covid-19.

“He’s isolating at home, in compliance with the health authorities’ guidelines.”

The Portugal international seemed to be in good health as he played 60 minutes of Atletico’s 4-2 win at Cadiz on Sunday, but he tested positive for coronavirus during the club’s latest round of medical checks.

The 21-year-old has posted a positive test just four days after team-mates Yannick Carrasco and Mario Hermoso were confirmed to have Covid-19, leaving Diego Simeone with an unwelcome selection headache.

Atletico will definitely be without Felix for upcoming La Liga fixtures against Celta Vigo and Granada, but he could be out of quarantine by the time they take in a trip Levante on February 16.

He will only be cleared to play in that fixture after a passing a negative test, though, and there is also a risk he could suffer lasting effects from coronavirus, which has been proven to zap players’ energy for months on end in some cases.

The current Liga leaders are due to play Levante again on February 20, three days before they welcome Chelsea to Wanda Metropolitano for the first leg of their Champions League round-of-16 encounter.

Simeone will hope that Felix can return to full fitness before that clash, with Atletico billed as one of the favourites to win the European Cup come May after a strong start to the season on both domestic and continental fronts.

Felix shone in the group stage, scoring three goals in six appearances, including an impressive double in a 3-2 home win against Red Bull Salzburg on matchday two.

Atletico ended up finishing second in Group A behind Bayern Munich, who won the competition last year, and will be expected to get a positive result against Chelsea in Madrid to take to Stamford Bridge for the second leg of their knockout tie on March 17.

Wed Feb 3 , 2021
The Copper Queens coach hopes to build a strong squad as he plans for the Tokyo Olympic women’s tournament in February Zambia women’s head coach Bruce Mwape says he wants balance in his squad and has explained his reasoning behind his team selection for the upcoming Turkish Women’s Cup. The […] 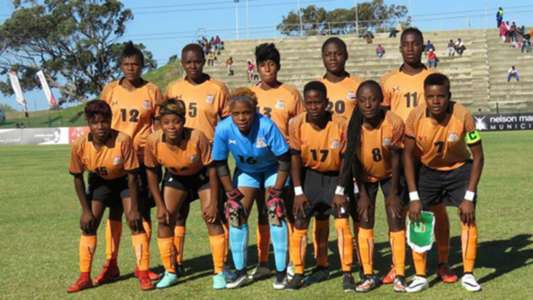