The Mizoram-born striker is also in favour of the four foreigner rule being implemented in the Indian leagues….

The poor goalscoring record among Indian strikers in the Indian Super League (ISL) and the I-League in the recent seasons has been well documented. Apart from Sunil Chhetri, who scored nine goals, the only other Indian striker who scored more than one goal last season is FC Goa’s Manvir Singh (2).

In fact, the lack of consistent Indian goalscorers has been highlighted by many experts including national team head coach Igor Stimac. Jeje Lalpekhlua, one of the most prolific Indian goalscorers in the last decade, feels that the opportunities to shine for Indian strikers is hard to come by.

Jeje, who is the second-highest Indian goalscorer in the ISL with 23 goals, has had to sit out the 2019-20 season with a knee injury and the subsequent rehabilitation following a surgery. He feels that since Indian strikers are directly competing with foreign forwards, it is hard for them to get preference to start matches.

“Especially for an Indian striker, it’s difficult to get a chance to play. Every team is having overseas strikers and it is hard for an Indian to get into the team,” Jeje told Goal. “It is understandable because if you are a coach, you put the better player in the first XI. More often than not, it is the overseas striker. But coaches need to give confidence to Indian strikers. If the coach believes in you, you can invariably do well.

“Indian strikers have to work harder than other players. It you don’t score soon, it might be a problem becuase you will be compared to a foreign striker. The club has to give more opportunities to Indian striker ultimately. Maybe, then you will see their performances improve.”

The increased scrutiny on the lack of opportunities for Indian strikers saw the All India Football Federation’s (AIFF) Executive Committee deciding to implement the four foreigner rule (3+1), conforming with the Asian Football Confederation (AFC) norms, in the I-League immediately and in the ISL from 2021-22 season.

It has not been easy for the Mizo Sniper to sit on the sidelines this season. Jeje has been a consistent source of goals for Chennaiyin FC in the ISL, with his goals playing a key role in two of their title-winning campaigns. Only the 2018-19 season was an aberration, with Jeje contributing just one goal. However, the entire team underperformed massively in that campaign.

Chennaiyin FC reached the ISL final last season. However, they struggled initially until Owen Coyle took over six games into the season. Jeje reveals how hard it was for him to watch the team struggle without being able to help them on the pitch.

“When they did well, I felt great. In the first half of the season, it was very bad for me. We were not doing well and lost many games. We were bottom of the table. I was watching from TV and it was very difficult. Sometimes, I thought I wanted to shut down the TV and it was a very tough time.

“But this is football. We turned it around and I was really happy with the way the team was playing. It’s really nice to see them fight well.”

Jeje’s rehabilitation has progressed well and the forward cannot wait to get back on the pitch.

“I am getting better now. It is difficult when you get an injury. I did a surgery. But I’m very excited to play now. Of course, I can’t help the situation right now (lockdown). I’m doing my own rehab and exercises. I do cycling and self workouts due to the lockdown. I’m really excited to be back. I missed football a lot.”

The former Mohun Bagan striker is also looking forward to playing in the national team, for whom he last turned out more than an year ago before his injury.

Every Atletico Madrid game is now a final, admits Simeone after latest draw

Mon Jun 15 , 2020
The Spaniards remain alive in the Champions League but their top-four domestic hopes now hang by a thread Diego Simeone challenged his Atletico Madrid players to treat every remaining La Liga match like a final after a 1-1 draw at Athletic Bilbao hindered their top-four hopes. Throughout his eight-and-a-half-year tenure, […] 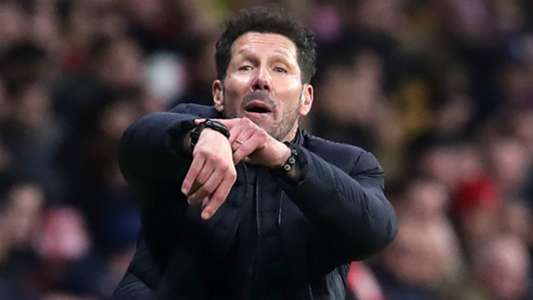