The full draw for the 2021 competitions for the three Malaysian representatives in Johor Darul Ta’zm, Kedah Darul Aman FC and Terengganu FC.

The top three finishers from the 2020 Malaysia Super League now know who their respective opponents for the 2021 AFC Champions League (ACL) and 2021 AFC Cup will be after the draw was made virtually on Wednesday.

Johor Darul Ta’zim (JDT) FC saw their ACL run in 2020 shortened because the Malaysian government denied their travel passage to Qatar last November to complete their group stage matches and will be looking to make a bigger splash in what will be their third straight year of participating in the most elite cup competition in Asia.

JDT were drawn in Group G together with Nagoya Grampus (Japan), Jiangsu (China) and the winner from Playoff 3 which will be between Pohang Steelers (South Korea) and Ratchaburi Mitr Phol (Thailand). All of whom are opopnents which the Southern Tigers have not been placed together with in the ACL.

A new format of the entire group being played in one centralised location will be used for 2021 where Asian Football Confederation (AFC) will look at bidders to host which will be decided later with the matches being scheduled to be played between April 21 and May 7, 2021.

Meanwhile in the AFC Cup competition where Malaysia has two direct group spots for the first time following a new format for the new season, Kedah Darul Aman (KDA) FC and Terengganu FC (TFC) have their hands full with rivals from Singapore and Philippines respectively.

In Group H, Aidil Sharin will face his former side Lion City Sailors (LCS) FC who were previously known as Home United when the he was still the head coach at the club in 2018. The coffers at LCS were boosted with the rebranding and they have managed to gather some of the best talents in Singapore including Faris Ramli who had a one-year stint with TFC last season.

Aidil has a good record in the competition having taken Home United to the Inter-Zonal semifinal and was at the helm during Kedah’s ACL qualification last year. With several exciting signings completed like Rabih Ataya from UiTM FC and Rozaimi Abd Rahman from Johor Darul Ta’zim II, Aidil is expected to take KDA to the latter stages of the competition.

Over in Group I, Nafuzi Zain will have his first taste of continental competition when TFC takes on Kaya FC-Iloilo (Philippines), Shan Utd/Ayeyawady Utd (Myanmar) and Geylang International (Singapore). Like Kedah, TFC has also gone through big changes in their squad with Makan Konate the latest signing to join the likes of Faisal Halim and Nik Akif Syahiran.

The AFC Cup in 2021 will be played in a centralised location in a single-match format so both KDA and TFC will have three matches to decide whether they advance to the next stage. The matches are scheduled to be played between June 22-28 with the host for each group to be announced later.

'Upamecano is one of the best in Europe' - RB Leipzig star can solve Liverpool's defensive crisis, says Crouch

Wed Jan 27 , 2021
A former Red has advised Jurgen Klopp to bring in a man who has enjoyed a rapid rise to prominence in the Bundesliga over the last few years Dayot Upamecano is capable of solving Liverpool’s defensive injury crisis, according to Peter Crouch, who has described the RB Leipzig star as […] 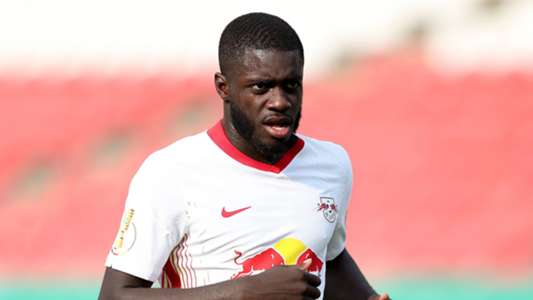