Jamshedpur coach Owen Coyle believes East Bengal are a ‘dangerous team’ ahead of his team’s showdown with the Red and Golds in the ongoing Indian Super League (ISL) on Sunday.

The Men of Steel come into the game on the back of three consecutive clean-sheets, which included a 1-0 win over Odisha FC, while East Bengal have not won in their last five outings.

“We have to do as well as we have been doing. The lads have worked so hard [with] three clean sheets and scored the goal the other night. We had 23 attempts at goal (against Odisha). I think nobody in the league in one game has had as many opportunities as we’ve had. So we gotta keep working hard and take each game at a time.

“East Bengal are a very dangerous team. They have not performed as well as their own standard the last time around (2-0 loss against Bengaluru) and they will be obviously looking to try and win the game and keep themselves in contention. We have to concentrate on that and we are very respectful of their quality while equally looking to impose our quality. That will be the key to the game,” he pointed.

However, in their last five games, Jamshedpur have scored only twice. The club has signed Boris Singh from ATK Mohun Bagan, in addition to Seiminlen Doungel and Farukh Choudhary in the January transfer window.

“He (Boris) is another young player with plenty of pace and potential. Both Len and Farukh have been excellent in the games that we have played and we hope Boris does the same moving forward. He’s only had one training session but when the chance comes about, he has to be able to grab it with both hands.

“We just look forward to the next game. If you start looking ahead of yourselves then it doesn’t help anybody. So our focus will be on East Bengal only and if we pick three points on the back of three clean sheets, that’s another one to keep us going,” Coyle remained optimistic of his team’s chances of making it to the play-offs.

Coyle believes that the standard of the ISL has gone up and that the players should be applauded for being able to deliver despite having a short recovery time in between games.

“I think the league has improved. You have to look at the quality of the players that have come into the league. And the other thing is, tremendous credit to the players to play in such a short space of time. They are doing a lot of recovery. So credit to players at each and every club. There have of course been challenges on many fronts but that’s the nature of the league. Everybody from position one to 11 is capable of beating each other and we have to make sure to get as many points as possible till the end of the season,” he asserted.

Sat Feb 6 , 2021
The Cubs won a slot at the continental podium after beating Tanzania in the Cecafa finals in Rwanda Head coach Hamza Lutalo has selected his Uganda U17 provisional squad to start preparations for the upcoming African Nations Cup tournament in Morocco. The Cubs, as the junior side is known, will […] 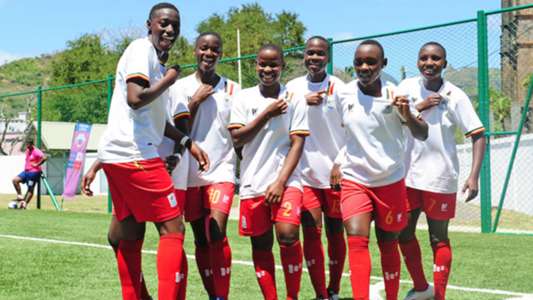