The Colombia international playmaker has seen it suggested that he could push for a move this summer, but he says he is happy in England

James Rodriguez has refuted reports suggesting that he is unhappy in England and considering a move away from Everton after just one season at Goodison Park.

The Colombia international playmaker was a marquee addition for Carlo Ancelotti – a coach he previously worked with at Real Madrid – during the summer of 2020.

Inconsistency has been an issue for the 29-year-old at times, but his creative qualities remain without question and he is determined to embrace the challenges posed by Premier League life – rather than run away from them.

James told Marca Claro of the exit rumours after helping Everton to an historic 2-0 derby victory over Merseyside neighbours Liverpool: “I am happy. We all know it is a new stage for me.

“At almost 30 years old, I am fine. I am happy for every new thing that is added to my life. It all adds up.

“It was tough [against Liverpool]. Everyone knows that Liverpool is a great team. I think they are in the top three teams of those who play good football.

“I’m happy to have helped my team win. Everton haven’t won [at Anfield] since 1999, so we’ve made history.

“I’m happy I was there. I hope we can continue this well.”

How has James fared at Everton?

Ancelotti handed the South American 62 minutes at Anfield, with no risks taken on his fitness after a recent injury issue.

James is now up to 21 appearances for the Toffees in all competitions, with five goals and eight assists recorded across those outings.

His latest assist came against Liverpool, with Richarlison teed up for an early opener in that contest.

Everton battled bravely from there to keep their noses in front and wrapped up the points late on when Gylfi Sigurdsson converted from the penalty spot.

James added on the Toffees’ ambition from this point, with victory over arch-rivals lifting them into seventh place – level on points with Liverpool while still boasting a game in hand on the defending champions: “We always want to win. There are games in which things go well and others in which things go wrong.

“Football is very physical now. There are teams that don’t have much quality, but they want to win by force, committing fouls.

“We are ready in each game and what we do want to do is to play well. Sometimes it happens and sometimes it doesn’t, but hey… it’s part of football.”

Mon Feb 22 , 2021
The Mailmen have signed seven players to bolster the squad after a poor start to the Kenyan top-tier Football Kenya Federation Premier League side Posta Rangers have released six players as they continue to rebuild for the season. The Nairobi-based team has struggled to get wins in the Kenyan top-tier […] 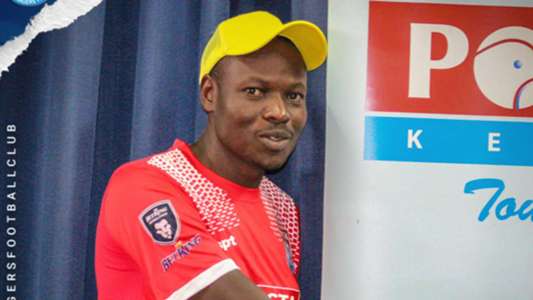