James Rodriguez would like Davinson Sanchez to join Everton to take their Colombian contingent up to three, according to a report.

Rodriguez joined Everton over the summer, reuniting with manager Carlo Ancelotti. The attacking midfielder is already beginning to prove his worth.

Everton have started the season in strong form, being the only team in the Premier League with a 100 per cent record until Southampton beat them at the weekend.

Rodriguez has been a key part of their good fortunes, with three goals and three assists from his first six games. And his influence on the team is only likely to grow.

According to Don Balon, Rodriguez has been in contact with Sanchez to tell him how much he is enjoying life at Everton. He has apparently “spoken wonders” about the Everton dressing room and coaching staff.

The speculation continues by claiming Rodriguez has told Sanchez that Ancelotti would be happy to take him to Everton. They could even pay the €45m asking price for his signature.

Mourinho standing in way of sale

However, it would not be easy to prise Sanchez away from Tottenham. Jose Mourinho views him as a key player in his project, having given him four Premier League starts so far this season.

And with Spurs seemingly getting back on track under Mourinho after a shaky 2019-20 season, it may also be hard to convince Sanchez to leave.

The report adds that the defender would likely wait until the end of the season to make a decision. If by then Tottenham have done well, then he may decide against leaving.

Sanchez remains under contract in north London until 2024.

Meanwhile, Rodriguez continues to enjoy his time at Goodison Park, and could already be thinking about a contract extension. The deal he signed this summer expires in 2022, with the option for a further year, and it is claimed he is already planning to stay on Merseyside long-term.

Don Balon suggest he has a vision of a “Colombian colony of enormous quality” for the club in the near future. However, it remains to be seen if Sanchez would be open to being part of those plans.

READ MORE: Ancelotti explains what has changed at Everton after promising start

Toulon Tournament cancelled for 2020 after 'difficult decision' amid coronavirus pandemic

Mon Oct 26 , 2020
The competition that helped launch the careers of Alan Shearer, Thierry Henry and James Rodriguez will not go ahead in December as hoped The Maurice Revello Tournament 2020 has been cancelled due to the coronavirus crisis, organisers have announced. Traditionally one of the great showcases for bright young footballers, the […] 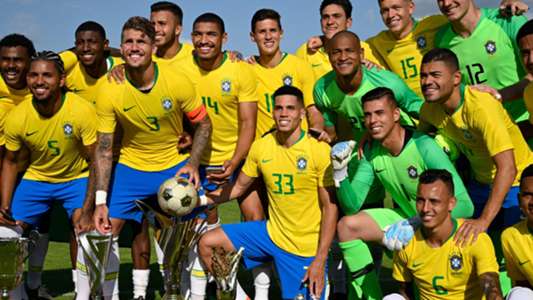