Leke James is anticipating to start a new adventure in the Middle East after joining Saudi Pro League club Al Qadsiah on a free transfer.

The 28-year-old penned a one-and-a-half-year deal with the Pride of the Eastern Province on Wednesday after his contract at Norwegian top-flight club Molde expired in December.

Before his move to Saudi Arabia, the Nigerian attacker spent most of his professional career in Norway where he played for Aalesund and Molde, even though he had a brief stint in China League One where he featured for Beijing Enterprises during the 2016-17 season.

During his spell at the Aker Stadion between 2018 and 2020, the Kaduna-born star helped Molde win the Norwegian top-flight crown in 2019 with his contribution of 17 goals in 28 matches which made him the second-highest goal scorer for that league season.

Although he could not help Erling Moe’s retain the league title in 2020, James left Norway on a high note with his contribution of 13 league goals as Molde finished second behind Bodo/Glimt in the Eliteserien table.

He disclosed receiving several offers before he chose Al Qadsiah and he expressed his readiness to help the club fight for the Pro League title.

Yousef Al Mannai’s side are ninth in the league table with 20 points after 15 matches, and they trail leaders Al Hilal by 10 points.

“I’m delighted to have signed this deal though it was a bit tough to make a choice considering other offers,” James told Goal.

“This is another journey for me to experience what football feels like in the Middle East. So I’m looking forward to getting started and helping the team achieve success.”

He will be hoping to make his debut in the Saudi top-flight on Sunday and help Al Quadisiya end a run of three straight draws when they host Al Wahda for their league fixture.

Why Diagne is leaving Galatasaray for West Bromwich Albion – agent

Thu Jan 28 , 2021
The Senegal international is set to complete his move to the Baggies from the Turk Telekom Stadium outfit Mbaye Diagne’s agent has revealed his client does not fit into Galatasaray manager Fatih Terim’s system and has been assured of regular playing time at West Bromwich Albion. The 29-year-old has been […] 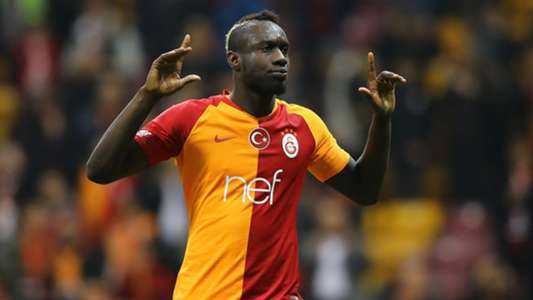