The Mumbai City juggernaut continued as they breezed past Bengaluru 3-1 in their ninth match of the 2020-21 Indian Super League (ISL) on Tuesday at the Fatorda Stadium.

The Blues were simply no match for the Islanders as the latter outclassed Bengaluru on the field.

After the match, Mumbai manager Sergio Lobera suggested that they had come prepared to counter Bengaluru during setpieces and also convert the ones they get. Two out of the three goals Mumbai City scored came via setpieces.

“I am very happy because we performed very well. We spoke before the game and when the plans get executed it makes me very happy. About setpieces, we knew Bengaluru’s potential and my assistant (Jesus) Tato worked very well on this to not only defend setpieces but also score from setpieces,” said Lobera.

The former Las Palmas manager also mentioned that he was happy that his side got off to a bright start scoring two goals in 15 minutes but he felt that the team should have utilised the chances they got and bury the game in the first half itself.

“It is very important to start the games well and I am happy that we did that but after that, we had a lot of chances to score the third goal and seal the match. We need to improve that but I am very happy with how we started the game.”

Ahmed Jahouh picked up his second red card of the season after the Moroccon midfielder was booked twice in the game and was given the marching orders in the dying minutes of the game. Lobera said that the player must learn from his mistake.

“Obviously he (Ahmed Jahouh) is a very good player, but he needs to avoid these situations. He needs to learn because it is a big mistake to lose a player for the next game and it was possible to avoid that.”

Lobera’s side has been excellent in the first phase of the league and the coach wants this run of form to continue. “It is good and I am happy and I don’t want this to change. We had a very short pre-season and it is not easy to implement new things. We have 24 new players. We have to maintain this level and improve a lot of things.”

Kaze: Why Yanga SC are in desperate need of a striker

Tue Jan 5 , 2021
The Burundian tactician explains why the Jangwani giants must beef up their striking force before the mini window closes Young Africans coach Cedric Kaze has explained the reason he is targeting signing a striker in the mini-transfer window. Despite leading the 18-team league table on 44 points from 18 matches and […] 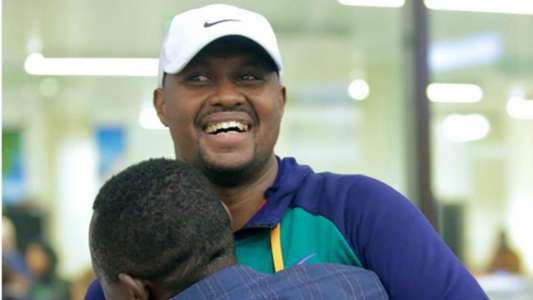