Carlo Ancelotti’s disappointment after Everton were deservedly beaten by Newcastle United was palpable. The Magpies had beaten the hosts 2-0 on their turf and probably even deserved more.

Newcastle, a side who get hammered by neutrals for their overly negative approach, actually took the game to the home side at times and were full value for the result at Goodison Park. They may have ceded possession to the Toffees (well, some things just stay the same, don’t they?) but fashioned out presentable openings intermittently during the game.

Their expected goals of 1.8 was their third-best of the season and highest since…beating Everton 2-1 at St James’ Park. Perhaps, that also irritated Ancelotti, whose displeasure was unmistakable last Saturday.

“I think we forgot all this today at home. I don’t know why, but that was the reason, it was not a tactical or physical reason, it was a mental reason. The psychological aspect affected our performance.”

While this was directed at the whole team, it probably resonated more with Alex Iwobi who was the first to feel the annoyance of the former Chelsea head coach in that defeat. The Nigeria playmaker was sacrificed in the 63rd minute for Andre Gomes in the sole substitution made by the experienced three-time Champions League-winning manager.

In truth, a lack of options on the bench meant the ex-Napoli boss made no further substitutions; still, opting to replace the West African was striking, nonetheless.

This isn’t a criticism on Iwobi — after all he’s been praised for his performances in recent months which have seen him go from rotational option to one of the Toffees’ key players — but a recognition of the need to maintain previous levels of consistency to remain useful to the 61-year-old.

While the harshness of that reality comes off as unfair, the truth is the former Arsenal playmaker is neither at the level of playmaker James Rodriguez nor Richarlison, whose goalscoring threat as a wide attacker makes him an asset in Everton’s XI.

The pair are allowed off days as there is always that feeling at the back of one’s mind that they may pull a rabbit out of a hat despite underwhelming. Iwobi hasn’t been overly creative in his amazing showings in the side neither has he netted a succession of goals. Frankly, it makes him an easy target.

Of course, observers will quickly point to the Brazilian’s paucity of goal contributions this term — two goals and three assists — which better the Nigerian’s three by a couple. Still, his 13-goal return in each of his two years at Everton, coupled with four assists in total indicate he’ll be favoured given that history.

Iwobi started the important 2-1 win over Leeds United in midweek, a suggestion of the level of trust Ancelotti has in him. Others will suggest this was simply due to the decision to give James a breather for Saturday night’s daunting trip to a Manchester United side buoyed by a 9-0 rout of hapless Southampton at Old Trafford.

Gylfi Sigurdsson replaced the Colombia superstar in the hole at Elland Road, with Andre Gomes and Abdoulaye Doucoure deployed in front of the defence. Given the Iceland star’s imperious showing vs Marcelo Bielsa’s men, the immediate thought will be to keep the same XI, save for James replacing Iwobi in the line-up.

This theory is understandable; however, the Everton boss will still be aware of the events in the reverse fixture at Goodison, particularly how the Red Devils brutally exposed the South American playmaker’s lack of defensive awareness to punish the hosts 3-1 on their turf.

It was that defeat that prompted a brief switch to a 3-4-3 in the very next Premier League game at Fulham, incidentally contributing to Iwobi’s increased functionality in this Everton side since November.

The defensive shift the 24-year-old can put in will be required against Ole Gunnar Solskjaer’s troops while his ball-carrying will come in handy on the break with the Toffees expected to cede territory and possession to the English giants.

Ancelotti wanted a reaction after that lame surrender vs Newcastle, and he was pleased their best qualities were evident in the 2-1 success over the Whites. Spirit, endeavour, speed, fight, focus and ambition characterised Everton’s fine spell in the autumn and winter, with Iwobi epitomising the growth during their impressive run of results.

Undoubtedly, the Italian boss will hope that side of the Nigerian is stimulated as they face a difficult trip seeking to be third-time lucky against the Red Devils after a couple of disappointing failures against the menacing Manchester giants.

Sat Feb 6 , 2021
The Dockers have confirmed the return of their former captain as they strive to beef up their squad for the 2020-21 campaign Defender Felly Mulumba has completed a transfer return to FKF Premier League side Bandari. The Coastal-based club has confirmed on their social media pages the return of the Congolese […] 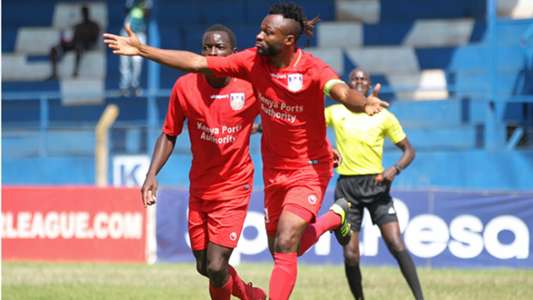