Everton and Fulham sit at opposite ends in the Premier League table, however, Sunday night’s meeting between the pair won’t be as straightforward as many believe it will before kick-off.

It seems a strange claim because the visitors are winless in the top flight since beating Leicester City 2-1 at the King Power Stadium on November 30, and their run without success suggests the Merseyside outfit should walk all over them, right? Think again.

Scott Parker’s side aren’t as bad as the league table suggests, with their 15th-place standing on the expected goals per 90 table significantly better than where they find themselves in reality: 18th, eight points adrift of Burnley in 17th spot.

While their wins have been few and far between, the performances since late November have deserved more than the eight points they’ve picked up from a possible 36. Ademola Lookman has been at the heart of the Cottagers’ attacking showings, even though the West London outfit often have little to show for it on most gameweeks.

This weekend brings the Anglo-Nigerian head-to-head with Alex Iwobi, a player who’s largely dissimilar to the on-loan Fulham attacker although they do share some characteristics. The pair do like to dribble past their man and have completed 3.03 and 2.50 dribbles per 90 respectively, with the RB Leipzig loanee edging that duel between the pair.

Iwobi’s ball-carrying has been a key component of Everton’s attacking play and it’s no surprise he leads for progressive ball carries per 90 this term (9.22) which outdoes Lookman’s average of 7.20, although the Fulham forward ranks higher than his teammates in West London.

Creativity in modern football isn’t limited to only chance creation, with involvement in the team’s build-up a far better basis to consider.

The Anglo-Nigerian has contributed to a staggering 67 shot-creating actions for the London outfit, a staggering 34 higher than the Nigeria international, whose low number can be attributed to featuring deeper this season with a few appearances at wing-back and even at full-back in that game at Burnley in early December.

Lookman equally betters Iwobi’s SCA per 90 average, 3.84 to 2.84, highlighting how involved the wide attacker has been to Fulham’s attacking moves.

Thus, it’s no surprise the former has fashioned out seven big chances so far this term to Iwobi’s three, although it hasn’t quite translated into assists for the 23-year-old who’s set up three goals for Parker’s struggling side.

This could be ascribed to the Cottagers’ lack of a genuine goalscoring forward and the tendency to miss presentable opportunities.

This was largely evident in their recent goalless encounter with West Ham United, a match in which Lookman functioned as the team’s creative hub in the final third.

He fashioned out a game-high three chances in 90 minutes and was utterly unlucky to not register his fourth league assist of the campaign with Ruben Loftus-Cheek and Tosin Adarabioyo missed really good opportunities to score for the hosts.

Indeed, this has been the general theme for the Cottagers this season: they’ve created 36 clear-cut opportunities but missed a staggering 25, which accounts for 69 percent of their entire presentable openings.

While Lookman’s seven may not jump off the page at a glance, the fact only seven players in the entire division sit ahead of the Anglo-Nigerian for top chances set up deserves the necessary attention.

Besides, six of those seven players represent teams currently in the top half, with Southampton’s Che Adams the only one from a team below 10th spot.

Fulham’s survival hopes look to be hanging by a thread, especially as they continue to struggle to score goals, but Lookman somewhat deserves to continue his Premier League story if the Cottagers go down.

He’s thrived amid the rather depressing campaign in the capital and seems to be one player whose profile has grown in a sense despite the broader issues around Parker’s men.

Having fallen off the radar of Super Eagles supporters last term, this year’s showings on loan in a struggling Fulham side mean they should have no qualms with Gernot Rohr calling up the former Everton man to the Nigeria side.

Still, it’ll present a tough call for the German tactician given the natural bias for Lookman and Iwobi to feature on the left side of the forward line. Iwobi has shown in recent months how capable he can be playing on the opposite flank, but it remains to be seen if it’s an option the 67-year-old boss considers for the West African nation.

While the Nigeria coach may have rebuffed the possibility of new entrants into the side for March’s Africa Cup of Nations qualifiers, the next few months will raise interesting questions for the trainer, especially if players like Lookman continue to thrive. 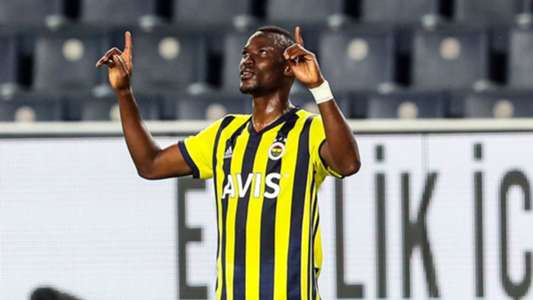