Iwobi made his 12th league appearance this season for the Toffees but could not help his side return to winning ways after their three-game unbeaten run was halted by Fulham last time out.

Mahrez starred for Pep Guardiola’s men in the encounter, scoring his sixth Premier League goal of the season.

The Algeria international made his 18th league appearance for the Citizens and delivered eye-catching performances.

Both sides aimed to get an early goal in the encounter with the best chance in the opening 30 minutes falling to Gabriel Jesus.

The Brazil centre-forward found himself in a one-on-one situation but failed to hit the back of the net before Phil Foden opened the scoring in the 32nd minute with a deflected shot.

Shortly before the half-time break, Richarlison levelled proceedings for the Goodison Park outfit, after pouncing on a loose ball.

After the restart, Mahrez gave City the lead for the first time in the encounter after he was set up by Bernardo Silva.

The Algeria international has now scored four Premier League goals at Goodison Park, making the ground a place he has scored the highest away goals.

4 – All four Premier League goals Riyad Mahrez has scored against Everton have come at Goodison Park – against no side has he scored more goals on the road in the competition. Ascendancy. pic.twitter.com/3GhTKUjAcK

Silva then scored a goal of his own to seal the victory for Manchester City in the 77th minute after receiving a fine assist from Jesus.

Mahrez featured for the duration of the game while Iwobi played for 69 minutes before making way for James Rodriguez.

With the result, Manchester City extend their lead at the top of the Premier League table after gathering 56 points from 24 games.

Everton, meanwhile, dropped to the seventh spot on the table after their inability to add to their exiting 37 points.

The forward will hope to make a more meaningful impact when Everton take on Liverpool in their next Premier League game on February 20.

Thu Feb 18 , 2021
The pair combined for the Algeria international’s goal as Pep Guardiola’s team stretched their lead at the top of the table Riyad Mahrez says he has developed a telepathic connection with Manchester City team-mate Bernardo Silva on the field after they beat Everton 3-1 on Wednesday. Both players found the […] 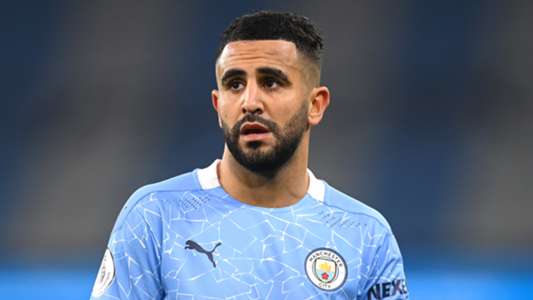