Alex Iwobi revealed Everton must do all it takes to stop rampant Bruno Fernandes, for a chance to secure victory over Manchester United in Saturday’s Premier League game.

Fernandes has been in terrific form this season for the Red Devils, scoring 16 goals and creating 12 others in 32 appearances across all competitions.

Everton are currently seventh on the Premier League table following 11 wins, including their victory over Leeds United last time out and three draws.

Iwobi believes the Toffees have all it takes to continue their winning ways at Old Trafford but must stop free-scoring Fernandes to boost their chances.

“Going off the back of some great wins, we’re very confident. We got a result at Leicester away,” Iwobi told talkSPORT.

“If we want to compete for the Europa League or Champions League spots, we have to play against teams like Manchester United and get a good result.

“The amount of goals and assists he [Fernandes] gets, and the chances he creates – he’s a positive player, I have to give it to him.

“He always wants to make something happen. I’m sure we’ll have something in mind to try and keep him quiet.”

Iwobi has been impressive for Everton this season, featuring in a number of roles and has managed to score two goals and provided three assists.

The forward has revealed his readiness to continue to make his contribution to the club irrespective of the position he is afforded.

“I want to get more goals and assists, but my main goal is to help the team. If I’m able to get a goal or an assist, then that’s a bonus. But it’s always 100% for the team,” he continued.

“Anywhere I’m told to play, whether it’s in goal, left-wing-back, striker – I’ll try my best to do a job.”

The Nigeria international also bemoaned the racist abuse aimed at players on the field and on social media platforms.

The 24-year-old believes fans need more education on the matter and severe punishment should be put in place to curb the ignoble act.

“There’s always negativity that comes across on my Twitter, Instagram, Snapchat or whatever I use. It’s not a nice feeling when you see it,” Iwobi added.

“Everyone deals with it differently. When I was younger, I used to pay attention to negativity, but I’ve come to a stage where I ignore it now.

“I just focus on what I need to do, but for others it’s harder. It’s not nice. Especially the racist abuse. You feel like we’re all one race and we’re trying to kick it out, there’s so much we’re trying to do – whether it’s going on one knee or the Kick It Out foundation.

“To see that it’s still there, it’s a shame that it’s ruining our sport and ruining our communities. There should be repercussions that if you say something that shouldn’t be said, it should be punished. People should be educated. It’s unacceptable.”

Iwobi will hope to make his 12th Premier League start when Everton take on Manchester United at Old Trafford.

Sat Feb 6 , 2021
Kaizer Chiefs defender-cum-midfielder Daniel Cardoso says he is enjoying his new role as a defensive linkman and looks to thrive more in that position. Cardoso has managed to establish himself as the first choice defensive linkman in recent games ahead of Willard Katsande, Njabulo Bloem and Kearyn Baccus after he […] 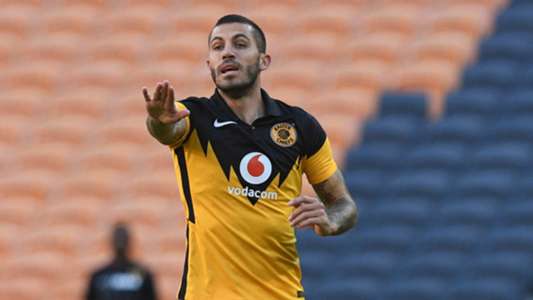