Oladapo Afolayan has described his goalscoring debut for West Ham United in their 4-0 FA Cup win over Doncaster Rovers as a reward for the hard work he has put in over the last three years.

The 23-year-old has been at the London Stadium since February 2018, but he featured dominantly for West Ham U23s and had loan spells at League Two clubs Oldham Athletic and Mansfield Town.

Prior to his West Ham debut on Saturday, Afolayan played for 63 minutes in the Hammers’ 2-1 loss to Tottenham Hotspur U23 on Friday.

The following day, he replaced Tomas Soucek for his maiden outing at the London Stadium in the 70th minute and eight minutes later, he sealed their progress to the fifth round after goals from Pablo Fornals, Andriy Yarmolenko and Andy Butler’s own goal.

He recalled how he started his nomadic football journey with seven years at the Chelsea academy before he moved to Toronto between 2013-15, and then returned to England to join Barnet in 2015.

Afolayan, in his reaction, told West Ham TV: “It’s been a long time coming. I’ve worked my socks off for the last three years, had a few serious injuries and just worked to get back to full fitness and full sharpness. I’ve been able to do that this season and I’m just happy it’s paid off.

“One thing my family have always shown me is openness and that there are lots of different paths you can take to a place and after I left Chelsea as a schoolboy I wanted to do my GCSEs, so I went to Barnet as it was closer to me.

“We then moved abroad and I went to Toronto, then I came back home and went to university just trying to get a degree and play football at the same time. Solihull Moors came in for me and that was an opportunity to play at another level for me. I kept on playing and ended up getting the move here!”

The Nigeria descent narrated the emotions at home and the joy he felt after making his family and friends proud with the memorable strike.

“I know my family would have been at home watching,” he continued.

“When I told them I was involved they were very happy for me and when I left this morning my Dad was just sat in the front room with nothing on the TV – I think he was more nervous than me!

“It’s a good moment and I can’t wait to see my family and share it with them. I’ve got a lot of friends out there who have been there for me through my long journey so to get to this moment shows that hard work has paid off.”

Chan 2021: ‘Zambia vs Guinea was clash of titans’ - Sredojevic

Sun Jan 24 , 2021
The countries are now joint leaders of Group D after picking up a point each from Saturday’s stalemate Zambia national team head coach Milutin ‘Micho’ Sredojevic has described their African Nations Championship encounter against Guinea as a clash of titans. The Group D encounter ended in a 1-1 draw and now […] 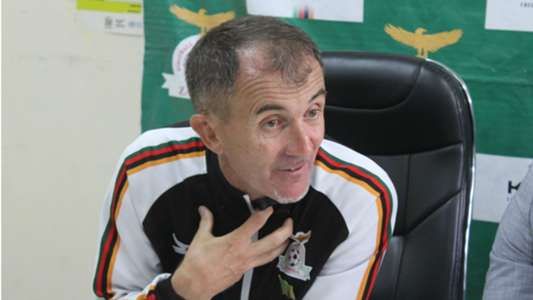