Arsenal head coach Mikel Arteta was left fuming over David Luiz’s red card after his side’s 2-1 defeat to Wolves, saying he couldn’t see any contact in the challenge even after repeated viewings.

The Gunners were up a goal just before half-time at Molineux when the Brazilian defender appeared to clip Willian Jose as he sprinted towards goal, sending the recent signing from Real Sociedad to the ground.

Craig Pawson was quick to award Wolves a penalty and issue Luiz a straight red card and upon a VAR review, both decisions were upheld.

Ruben Neves converted from the spot to level the match and Joao Moutinho would then score the winner with a long-range stunner just after the break, before Bernd Leno’s red card for handling the ball outside the box reduced the Gunners to nine men.

Speaking at his press conference after the match, Arteta insisted that Luiz had not made contact with Jose, while adding that he didn’t believe the Brazilian’s reputation for conceding penalties and picking up red cards influenced Pawson’s decision.

“If you want to talk about the decision, I have just seen the replay 10 times, in five different angles, and I am sitting here with you guys and I can’t see any contact,” Arteta said. “So I would like to see VAR have different angles.

“If there is any contract, it’s him (Jose) to David, that’s what I’ve seen.

“I don’t want to think that [it was a decision based on Luiz’s reputation]. I am sure that they based the decision on something they’ve seen, but unfortunately I am sitting here expecting to see something and I am not seeing anything.

“But the only thing I’m saying is I am sitting here and I cannot see any contact and that’s really frustrating because it’s a big, big moment in the game.”

Luiz himself chimed in on social media after the game, posting a host of angry emojis and the caption “UNBELIEVABLE!” on Instagram.

Arteta was also asked if Arsenal planned to appeal Luiz’s red card, and the manager indicated he was in favour of such a move.

“When I am standing here I would say yes, let’s go straight away because we have a big chance,” he said of a possible appeal. “But I don’t know, we have to speak with legal and the club and make the decision on what’s the best thing to do.”

Tue Feb 2 , 2021
The Arsenal boss now faces a headache in goal as newly signed Mat Ryan’s fitness remains an issue Mikel Arteta has defended Bernd Leno after the Arsenal goalkeeper was sent off in Tuesday’s loss to Wolves. Both Leno and David Luiz earned straight red cards on Tuesday as nine-man Arsenal […] 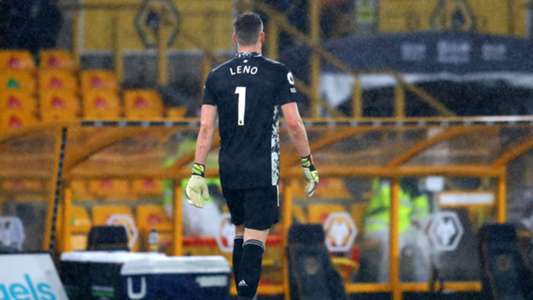