The Egyptian Premier League side will set up a famous meeting with Hans-Dieter Flick’s men should they get past hosts Al-Duhail in Thursday’s second-round encounter billed for Al Rayyan’s Education City Stadium.

For the Egypt international, playing against the best team in Europe is what every player desires, while going a step further to reveal his team’s utmost target in Qatar.

“The most important thing for us is to win our opening match against Al Duhail, which won’t be easy,” El Shenawy told the Fifa website.

“Qualifying for the second round and taking on Bayern Munich would be amazing for us, the players, because we’ll be taking on the best team in Europe. It’s what every player dream.

“The team wants to go as far as it can and have a good tournament. We’ll take it game by game to achieve our objective.

“My goal is to win the title. If we want to be world champions, we’ll need to stick together and be a unit.”

To realise their ambition of squaring up against Bayern Munich, Al Ahly, first must negotiate their way past the Red Knights, who recently signed Kenyan international striker Michael Olunga.

However, the 32-year-old, who featured at the 2018 Fifa World Cup in Russia, revealed that taking on the hosts would not be easy putting into consideration the quality in their squad.

“We’ve got Al Duhail first up, which will be a special game because they’re an Arab team playing at home and in front of their own fans. We’re expecting a tough match,” he continued.

“Al Duhail are a strong side with some quality players. They’ve made some big signings, bringing in a forward and a defender.

“We’ve watched their last few games in the Qatari league and we know it’s going to be a big battle. We need to prepare the best we can so we can put in a good performance.”

Pitso Mosimane’s men are making their sixth appearance in the Club World Cup, having emerged as African champions in 2020. Their best performance remains a third-place finish in the 2006 edition hosted by Japan.

Tue Feb 2 , 2021
The former Chicago Fire and Columbus Crew forward shares his thoughts on the Phobians ambition  Hammarby attacker David Accam believes Hearts of Oak are incapable of winning the Ghana Premier League this season. The Phobians are looking to end their long wait for major silverware this season with success in […] 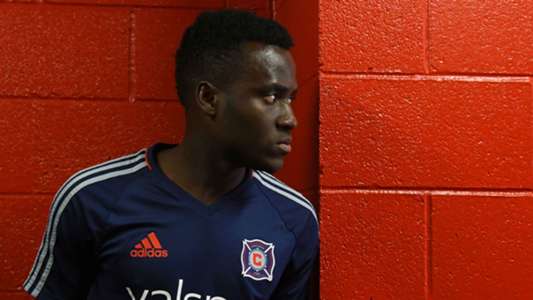