Liverpool must “keep fighting” to save their season after picking up a crucial victory over RB Leipzig says Jordan Henderson, who has stressed “it’s only one good result”.

The Reds halted their three-match winless streak by beating Leipzig 2-0 in the first leg of their round of Champions League tie in Budapest on Tuesday night.

The reigning Premier League champions have slipped out of this season’s title race amid a dismal run of domestic results, but Henderson hopes their latest triumph in continental competition can serve as a springboard for a strong finish to the campaign.

“It’s only one good result,” The Liverpool captain told BT Sport post-match “Yes, we’re pleased with it and it’s only half the job done because there’s another leg.

“Listen, we just want to keep going, keep fighting every time we play. There’s a lot of difficult situations throughout the season but I think we’ve just got to keep going every single game, take one step at a time.

“Tonight was a good step in the right direction for us and we need to continue that with our form and performance level. If we continue that then we’ll get some good results along the way.”

How did Liverpool beat Leipzig?

Liverpool looked on course for another frustrating night after squandering a number of clear chances in the first half at Puskas Arena, with Mohamed Salah and Roberto Firmino both guilty of wasteful finishing.

However, Jurgen Klopp’s side finally made the breakthrough in the 53rd minute when Salah pounced on a wayward backpass before calmly slotting the ball into the net for his 24th goal of the season.

What’s next for Liverpool?

Klopp will now prepare his players for a vital derby clash with Everton at Anfield on Saturday, which they must win to stay in the hunt for a top-four Premier League finish.

Henderson added on Liverpool’s impending showdown with their neighbours: “We’ve got to turn our attention to the Premier League and the Merseyside derby coming up, which is important.

“Recover well and we’ll give it everything in that game as well.”

Wed Feb 17 , 2021
The South African tactician was also grateful to El Shenawy, who was in top form between the sticks for the Red Devils Al Ahly head coach Pitso Mosimane was pleased to see his game plan work as they began their Caf Champions League title defence with an emphatic win on Tuesday.  […] 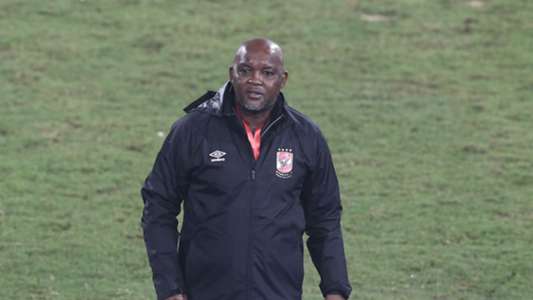